“The weather is atrocious, no planes can fly to supply us, nevertheless I still believe we will take Stalingrad and if we hold out till march, things will change for the better.” Writing on a stained, torn piece of notebook paper from his post in a small trench in the deep bitter snow of Stalingrad, Southern Russia, Otto, a young German soldier during World War II, composed a short letter home to his family. “I went on a patrol one night and captured 7 Russians and they were interrogated & told us that we can expect a tank attack very soon. Well, we are ready for them....” 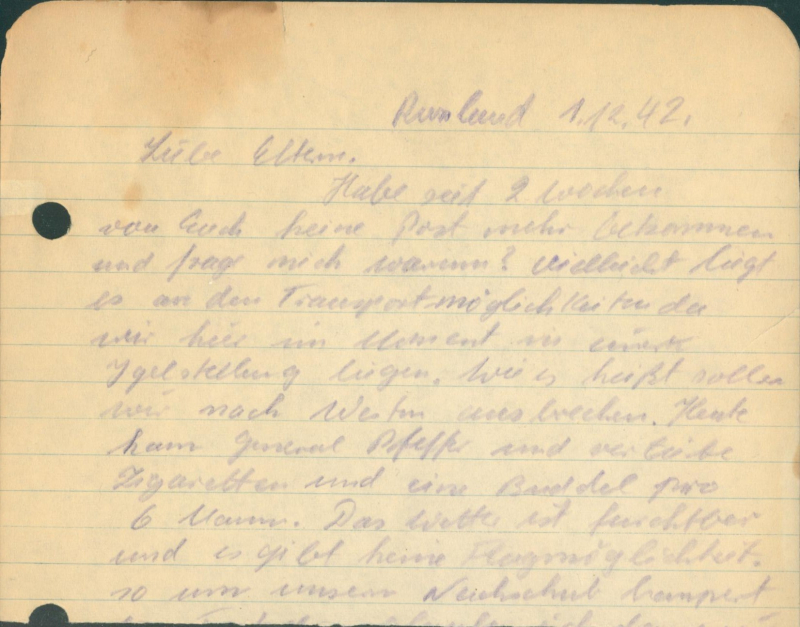 Otto's Letter from Russia to His Parents in Germany

But how did a German soldier like Otto send and receive letters while serving in such a faraway place? And why was such a letter so important for him? During World War II, letters were the primary way that soldiers in all the Armies involved in the conflict communicated with each other and with loved ones back home. The German Army, especially, had a very large and complex mail system to serve the many soldiers fighting in Russia. It was a way to keep in touch, an escape from the bitter fighting and something to do in their spare time. As a result, a lot of mail was sent. 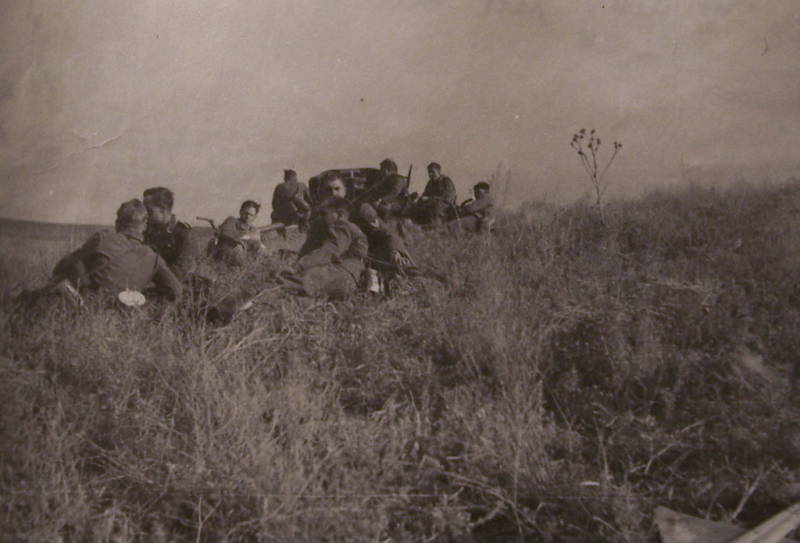 German Soldiers at a Gun Emplacement in Southern Russia

To meet the demand of the large volume of mail being sent, the German postal system soon had to adapt to the soldier’s needs. The large, complex mailing system used by the German soldiers was called the Field Post system or, as it was known in the German language, the Feldpost system. Units of soldiers with the job of administering mail service were assigned to German troops. Each German unit serving on the battle front was also assigned a five-digit postal number, which was the code for their unit. The unit mail was encoded with this system to maintain secrecy about troop movements and location in the event the mail fell into enemy hands. Apart from the unit code, the mail functioned the same as any normal mail service. 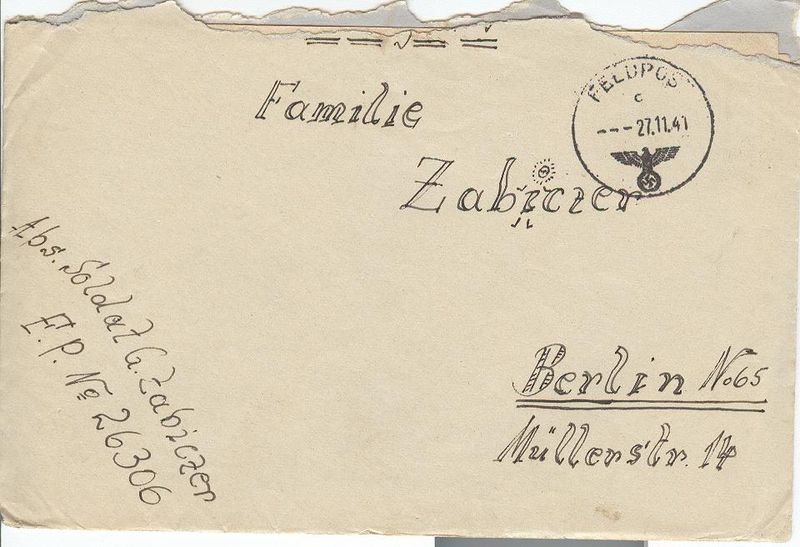 A Normal Feldpost Cover with Feldpost Number on Bottom Left

One perk of the Feldpost mail system was that soldiers were allowed to send letters and postcards free of charge. Stamps were only necessary for sending packages and for mail being sent by plane. In the German language, air mail was known as Luftpost. The blue Luftpost stamps, depicting a transport plane, were used if a soldier wanted to send mail quicker. These stamps didn’t cost money, but each soldier was limited to only a few every month so as to limit the amount of mail. Normal mail though, only had to be postmarked and would either be sent home via truck, train, ship or airplane, depending on the soldier’s location. 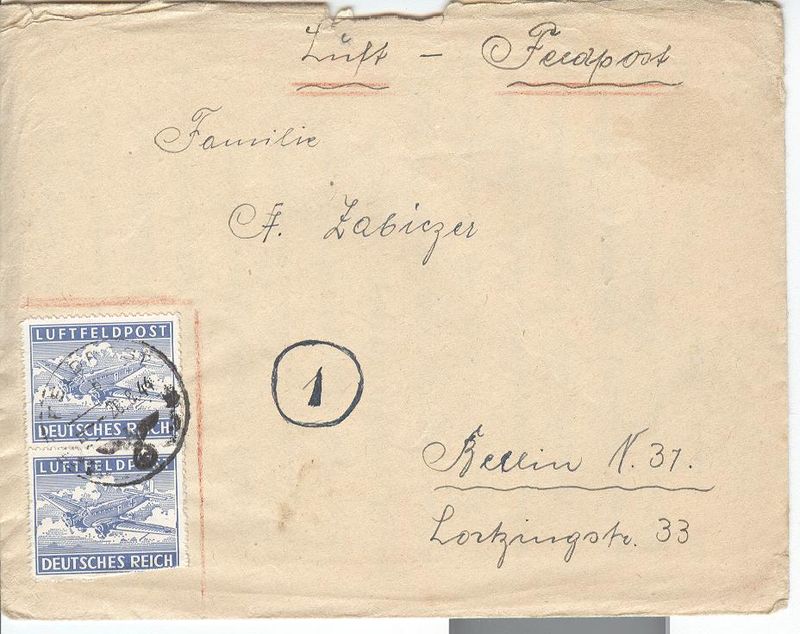 As the war progressed and the Germans began to retreat, the Feldpost system became less of a priority, and with the surrender of Germany at the end of the war it was disbanded. Today, many letters and covers from German soldiers still exist and can be easily found. They provide an interesting story from one of the world’s largest conflicts, presenting a unique point of view. 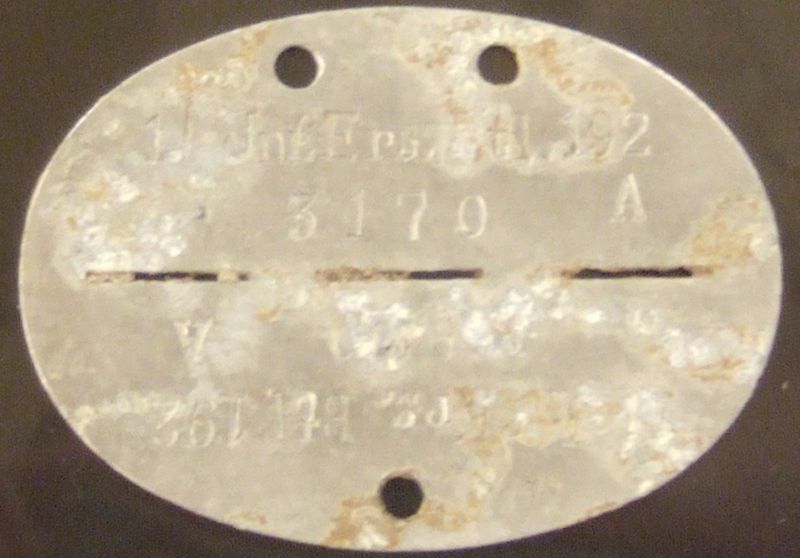 About The Author: David McKinney is the 2011-12 Charles Shreve Fellow, a member of the Young Philatelic Leaders Fellowship (YPLF). A freshman at Old Dominion University, David has collected stamps since age 16. David's philatelic collecting and research interests include military mail, russian civil war postal history and classic worldwide stamps. David's sponsor, Charles Shreve is a renowned professional philatelist and a member of the National Postal Museum's Council of Philatelists.

Military
Back to Top