The NPM’s new exhibit Fire & Ice: Hindenburg and Titanic opened on March 22 and remains open until January 6, 2014. Over seventy-five persons worked on the exhibition, led by the NPM exhibit team. Among those cutting the ribbon was Frank Ward, member of Lakehurst Naval Air Station ground crew on May 6, 1937, when Hindenburg burned.

Born in 1920, Mr. Ward is now 92 years old and one of the few still living who witnessed the disaster. He recalls that, as the airship silently approached, he admired Hindenburg’s captain and thought he’d like that job. Then suddenly the sky turned red. Hindenburg was aflame and falling. Like others of the ground crew, Ward sprinted away to escape the intense heat, debris, and billowing black smoke. With a ghastly tragedy unfolding before his eyes, he ran back, hoping to help victims. 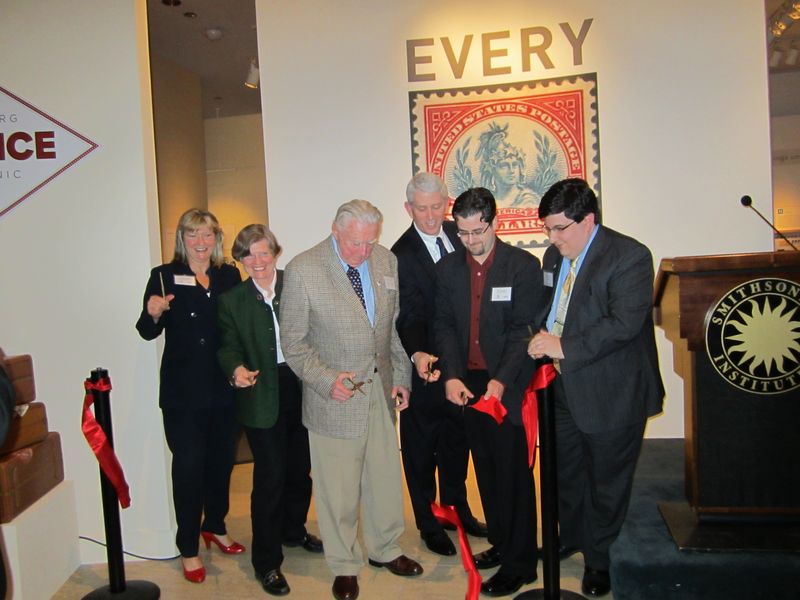 Frank Ward discussed the disaster and rescue attempts in his interview with Fire & Ice curator Cheryl Ganz, conducted in 2011. View a portion of the interview in the gallery with other Hindenburg and Titanic video clips or see it at: Survivors. 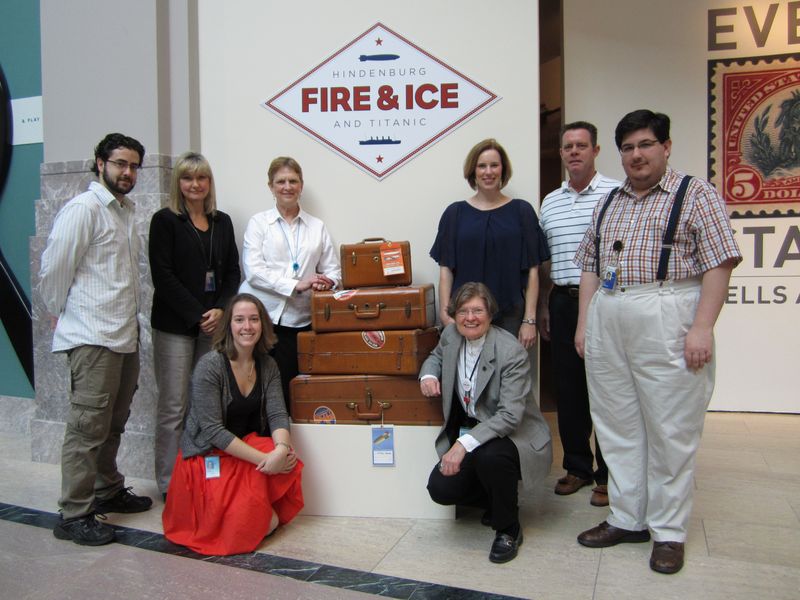