This is the first in a series looking at some items in the museum that, at first glance, seem quite out of place in a postal museum.

One of the largest items in the museum's collection is a White Company-manufactured bus. While a postal museum may not seem the most natural fit, this is a very special bus. It is the first bus built and used for the Highway Post Office service. This new service began in 1941 in response to declines in railway service in selected areas of the country. 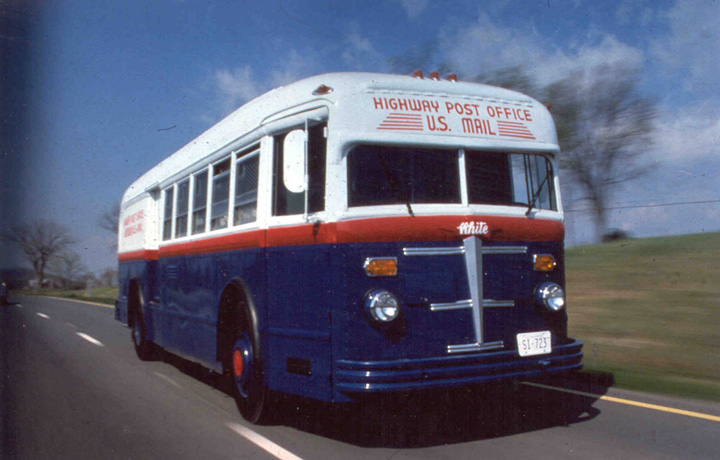 The bus ran its first route on February 10, 1941, traveling on a route between Washington, D.C., and Harrisonburg, Virginia. Two more routes were set up that year, one between South Bend and Indianapolis, Indiana, on May 3, 1941, and one between San Francisco and Pacific Grove, California on August 4, 1941. There were troubles with an International Harvester-manufactured bus used on the second route, but for the most part the buses performed their duties well, funding and support for the service were soon overshadowed by military demands following the attack on Pearl Harbor, Hawaii, in December. 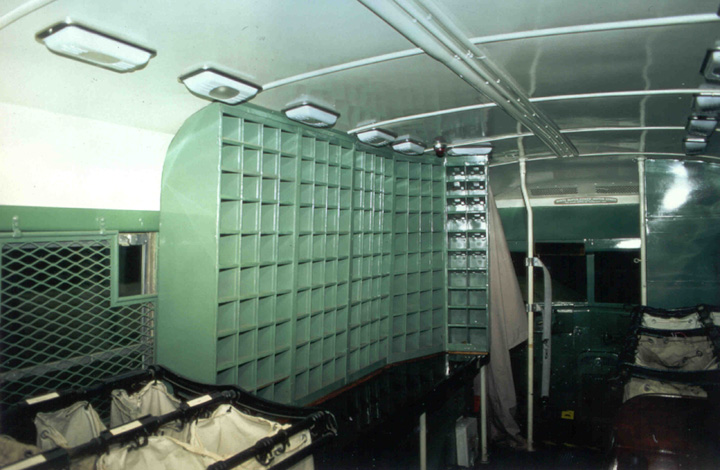 Each bus's interior design was based on that of the railway post office cars it was replacing. These photographs are from the White-manufactured bus in the museum’s collection. Like the railway postal clerks before them, the clerks processed and sorted mail on the bus while it was moving from town to town. 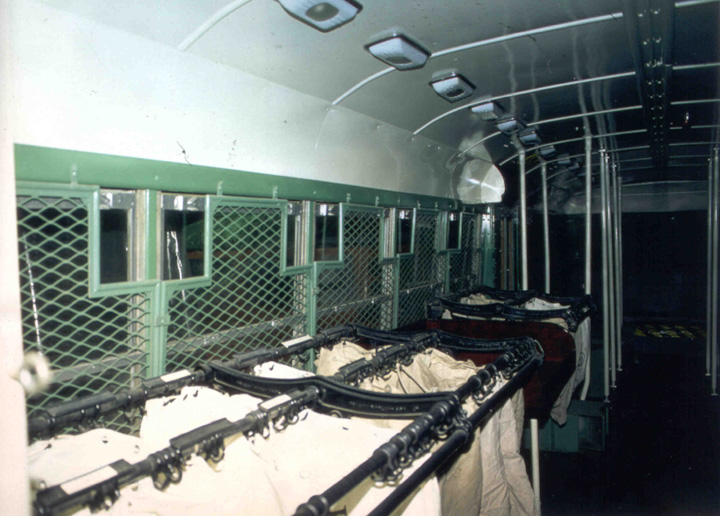 According to the highway post office clerks, working on the bus was harder on their bodies than life in the train car. While trains moved with a rather steady rhythm, the bus suffered the rigors of America’s burgeoning road and highway system. From potholes and poorly maintained roads to traffic stops and starts. HPO clerks often bore the “proof” of this work in a multitude of bruises, as their bodies banged against the racks and tables lining the bus. 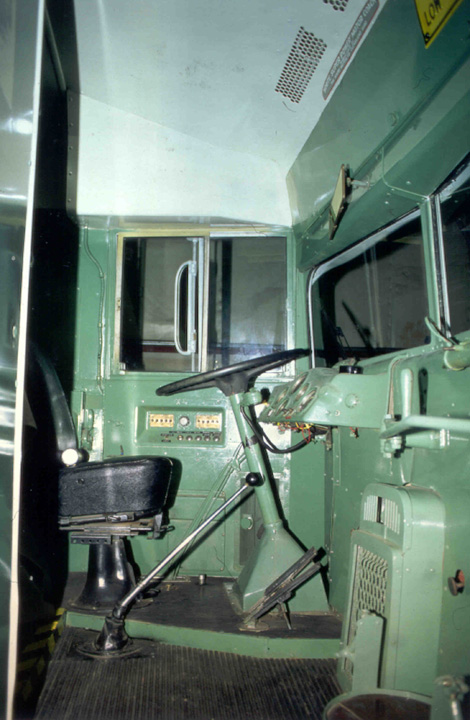 During the first years of the service the Post Office Department provided drivers as well as sorting clerks for the HPO buses. Later, drivers were hired by contractors who also furnished the buses used on the various routes. To ensure the mail’s security, the driver’s section was separated by a locked gate during each trip.

With their stylishly patriotic red, white and blue paint jobs, Highway Post Office buses were common sights along the rapidly expanding highways of the 1950s and 1960s. Highway mail routes generally served an average of 25 post offices directly and many others indirectly through Star Route and railway mail connections. These buses traveled thousands of miles to provide consistent mail delivery service to large areas. For each route, a spare coach was kept on hand to replace any bus which was unfortunate enough to run into trouble. In order to minimize the number of garages for HPOs, the routes were set up so that two or more routes radiated from a single city. This method also meant that only one spare coach had to be kept on hand in case of accidents.

The changing character of cities and of the mail itself eventually led to the death of the Highway Post Office. Business mail, once a small portion of all correspondence, had grown to 80 percent of the total volume of mail in 1963. Centralization of both business accounts and social centers highlighted mechanization problems in the system that was addressed by the presidentially appointed Advisory Board of the Post Office Department in June 1962. The advice of this board was to adopt a coding system for the mail, requiring a complete reorganization of the postal system already in place. The adoption and expansion of the "Metro system," with its ZIP codes (1963) and sectional centers (1960), spelled the end for the Highway Post Office system. Although the bus in the Postal Museum's collection was decommissioned in the 1960s, the Highway Post Office service ran until June 30, 1974.