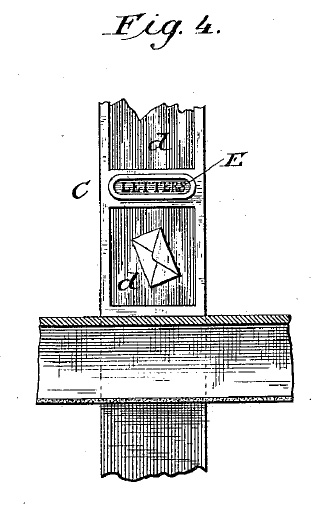 On September 11, 1883 Rochester architect James G. Cutler received a patent for his “letter-box connection.” Four years earlier, Cutler had designed the seven-story Elwood Building on Main and State streets in Rochester, NY. The question of creating an easier way for people working upper floors was on Cutler’s mind. On September 11, 1883 he received patent #284,951 for his letter-box connection apparatus. According to his patent, this connection device would “enable persons upon the different floors of a building to deliver letters and other matter to be mailed into a letter-box or other receptacle on the lower floor without the necessity of descending thereto.” 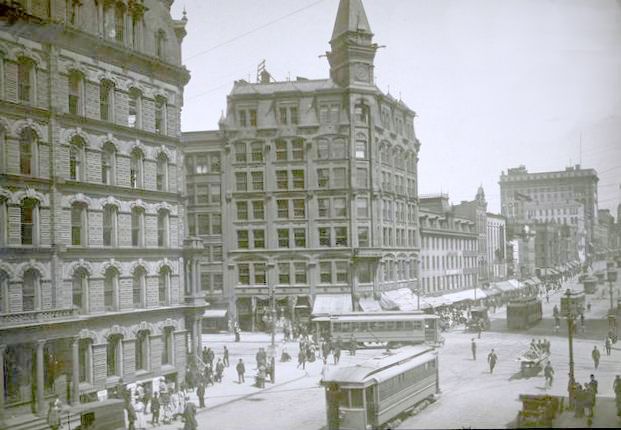 For many these days, the sight diagramed in “Fig.4” of Cutler’s patent is not the common sight it was through the many decades following the device’s first installation, in Cutler’s own designed Ellwood Building.

Cutler also designed a mailbox that would receive the mail from the chutes. The chutes and mailbox quickly became successful and in demand with architects and builders as taller and taller buildings became common sights across the country. The architect found himself quickly in a new business. He soon opened the Cutler Manufacturing Company. He soon renamed the company in honor of its star – the Cutler Mail Chute Company. 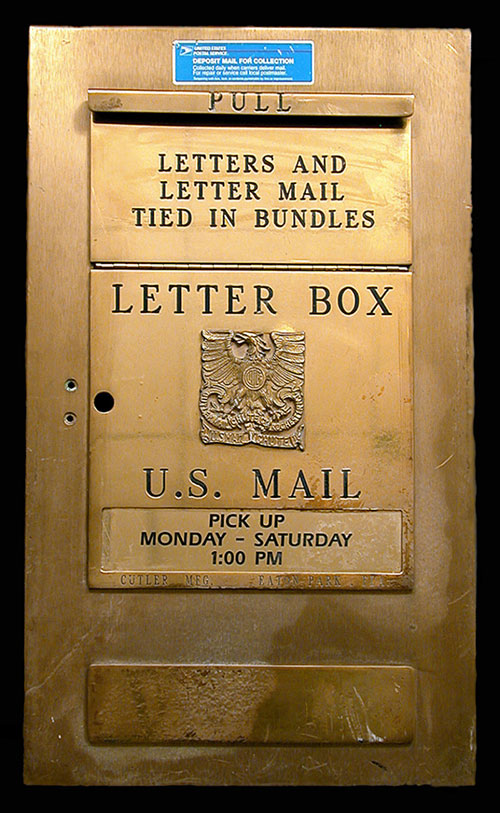 Builders still use Cutler chutes and mailboxes in multi-floor constructions. This is the front piece of a Cutler receiving mailbox that was recovered from the World Trade Center area following the infamous attack of 9/11/2001.