What Would YOU Ask a Curator?

Like many of you may know, the History Department receives a number of inquiries from the general public in the course of a week. We get inquiries on all sorts of things, from people asking for all sorts of reasons. For instance, we can tell when a radio station is holding a trivia contest involving postal history, as we get a number of people (by phone and email) asking the same question in a short period of time. And no, the mail truck does not have the right-of-way over an ambulance, fire engine, and police car all stopped at a 4-way stop intersection.

More common are questions concerning pieces of discarded mail equipment that people have been given or purchased. Everything from the correct color scheme for a mailbox (it depends on the years it was in use) to how to get stains out of an old woolen postal uniform (a question best asked of your dry cleaner). Other people inherited or purchased former postal furniture and want to know what it is. For those who want to know what a postal item is worth, the answer is always the same – the Smithsonian does not offer valuations of objects. Sorry, you will need to contact your nearest antiques dealer or auction house. 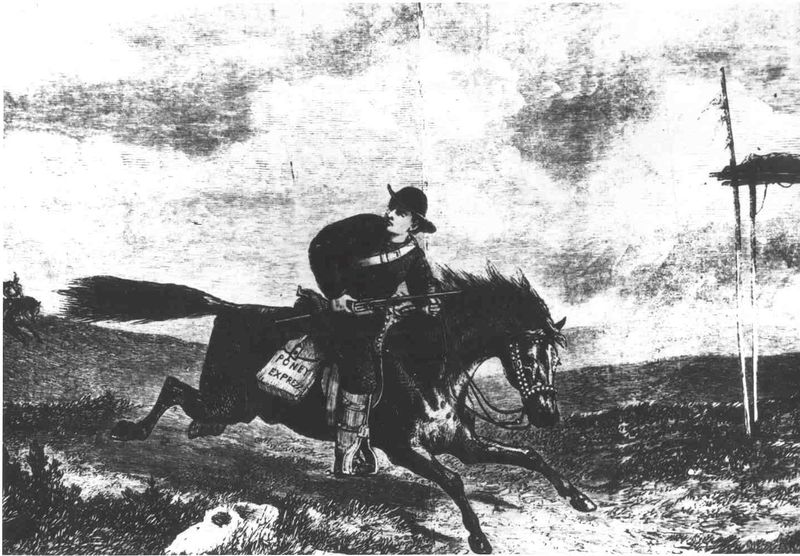 Fewer than 80 men rode for the Pony Express Service during its short lifetime (1860-1861), but by the early 20th century, it seems all 200-300 of them were bragging about it to their grandchildren. It’s no wonder that so many people call the museum asking about their ancestor who was a Pony rider.

From time to time we hear from someone who found a postal savings certificate in a grandparent’s belongings. They occasionally call, excited at the prospect of receiving the interest on their relative’s decades-old savings. One had even calculated (inaccurately) a five-figure profit on her great aunt’s old postal savings certificate.* Other commonly asked questions involve requests for information about ancestors who worked for the postal service (including all those whose great-grandfathers were said to ride for the Pony Express), or the historical photographs of buildings that once served as a community’s post office. In cases such as the last two, people are looking for records that have not been kept in great or official detail and it can be disheartening to have to tell someone that they are not going to find an answer to their question. 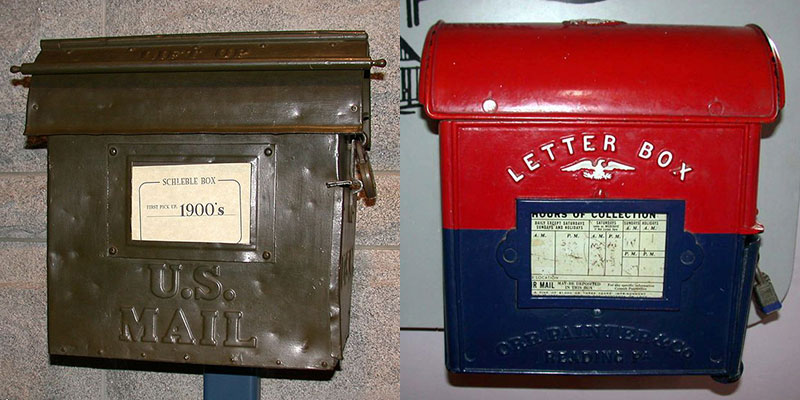 Street collection mailbox color schemes depend on when they were in use. If you found one from the first half of the 20th century, olive drab green would have been its natural color. From the 1950s-1960s, the red and blue boxes were in vogue. After 1971, solid blue color schemes took over.

But from the simple (“what did a mailbox look like in 1890?”) to the silly (“I’ve heard you have Amelia Earhart’s flying suit, is it the one she wore on her last flight?”) to the complex (I’m amazed at how many authors want to know how long it would take for a letter to travel between two distances, and in a few cases, which route it would have taken), the questions keep piling in, and we do our best to answer each and every one of them. But you have to excuse me for now, I just found an old postal savings certificate and I need to call someone to see if it’s worth any money.

*The Post Office Department offered a savings plan through the nation’s post offices beginning in 1911. The system ended in 1967, and no claims were honored after July 31, 1985.