Conserving Mail Collection Boxes from around the World

Work has started on the conservation treatments of the 3-D objects going on display in the new William H. Gross Stamp Gallery; opening in the fall of 2013. The first batch of objects being treated are foreign and domestic mail collection boxes. The countries these collection boxes are from are West Germany, Hong Kong, South Korea, Israel, New Zealand, Norway, Spain, Switzerland, Turkey and one collection box from a U.S. Naval ship. 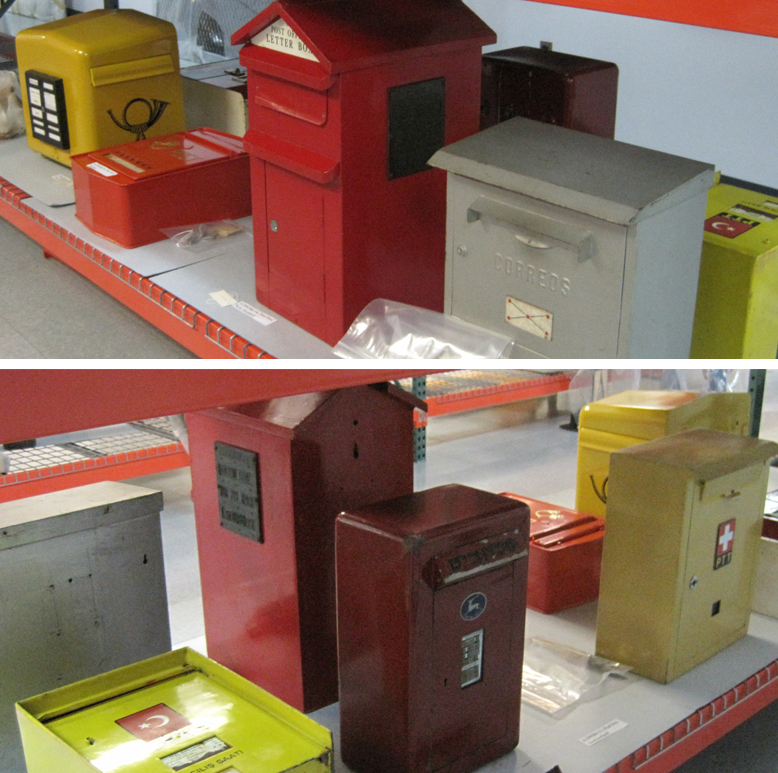 The majority of these collection boxes were used and have signs of regular wear, which is part of their history. The goal of a conservation treatment is not to return these collection boxes to “like-new” condition, but instead to stabilize moving joints and loose paint flakes and remove dirt or grime which is best for the long-term health of the object. This includes the inside as well as the outside of each box. There are no keys to open these boxes, but we could hear something moving around inside that did not belong there. The only way to find out what was inside was by removing it through the mail slot. 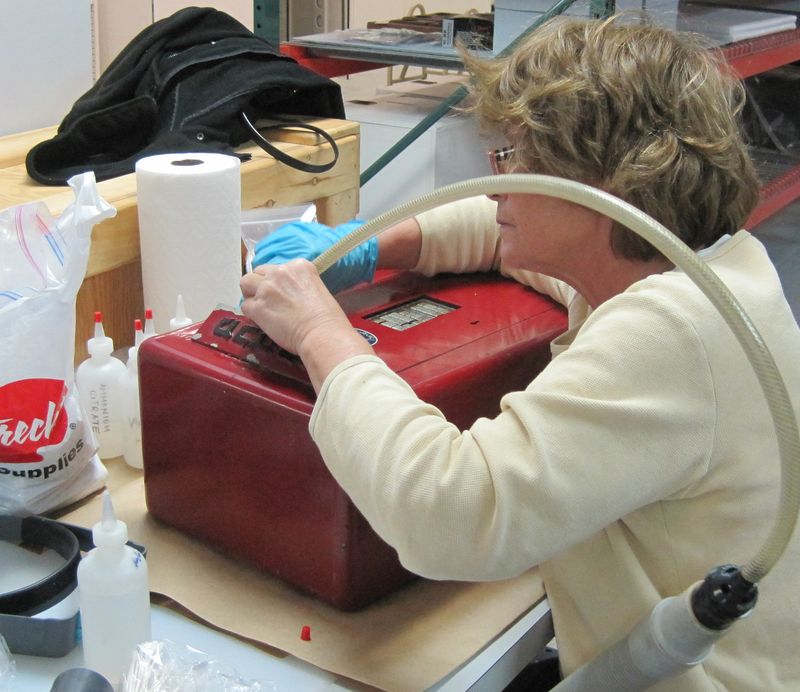 The mail slots were screwed shut from a previous exhibition over 40 years ago, so the screws wereremoved which revealed that the slots were covered by a layer of tape. Removing the tape revealed a block of foam that was inserted into the slot.

On the left, foam is removed from a Spanish mail collection box. On the right, the mail slot of a Swiss collection box is covered in tape, which will be removed by preservation staff.

The reason for sealing up these slots when mailboxes are on display is that visitors sometimes mistake them for active postage repositories and mailed letters that will never arrive. This was the case with four of these collection boxes where personal postcards from Georgia and Texas, someone’s letter to the water department and another to State Farm were found. The museum still has the letters and is currently deciding what to do with them. A long thin tube attached to a High-Efficiency Particulate Arresting (HEPA) vacuum removed any remaining dirt and debris.

For cleaning the exteriors, Naphtha, a chemical solvent that is highly flammable that dissolves sticky substances, was used to remove the tape residue without damaging the paint. Dirt was removed using the HEPA vacuum, a dry dusting cloth and water. On some surface areas there was a loss of paint or a scratch that required toning. On those areas a water-soluble paint was mixed to match the color of the mailbox. Once the paint was dry a thin layer of microcrystalline wax was applied to protect it while on display in the new galleries. 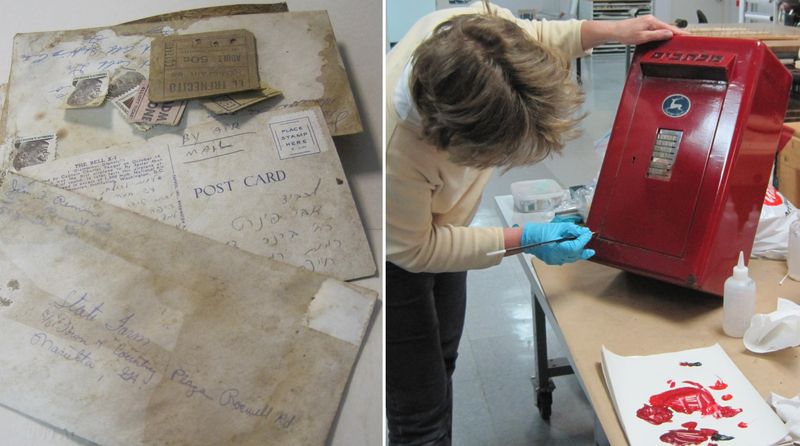 On the left, these letters and postcards were found inside a collection box. On the right, the Israeli collection box is toned with acrylic paints.

Despite how different they look, these collection boxes served the same function. They are where letters were dropped to begin their journey either across town or to the other side of the world. Putting these objects on exhibit will help educate current and future visitors on how important mail is, no matter where you are from. Thanks to the work of the Preservation Department, these objects will be around for many more years for all to enjoy. 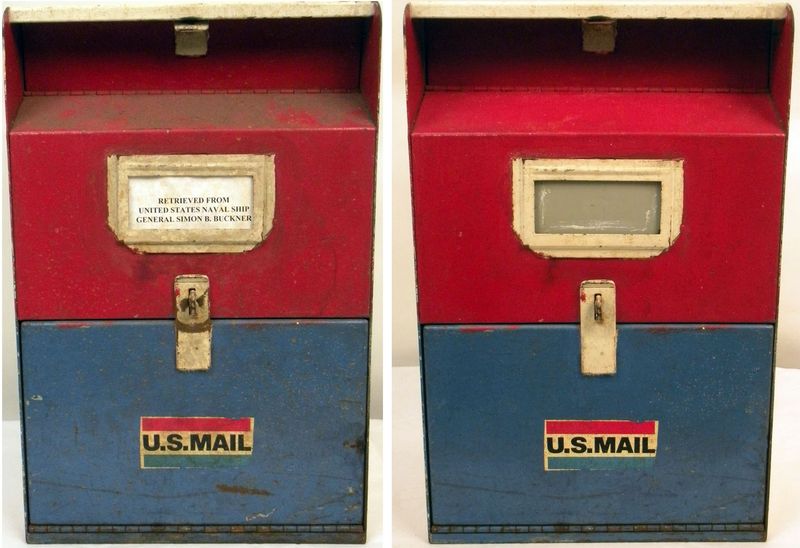 Above, a collection box used by the US Navy. The photo on the left documents its condition before treatment. On the right is the post-treatment photograph.