On August 12, 1918 the Post Office Department took complete control of the nation’s young airmail service. The Department began operating the service on May 15, 1918, but spent the first three months using Army Air Corps pilots and aircraft. Those early Army flights used a relatively treeless field near the Potomac River in Washington, D.C. as their base of operations.

On August 12 the Department began using pilots it had hired and aircraft it had purchased to make the regularly scheduled airmail flights between Washington, D.C. and New York City. In addition, the Department moved its operations to just outside the capital city, relocating at a small airport in College Park, Maryland. That site is now the location of the College Park Aviation Museum. 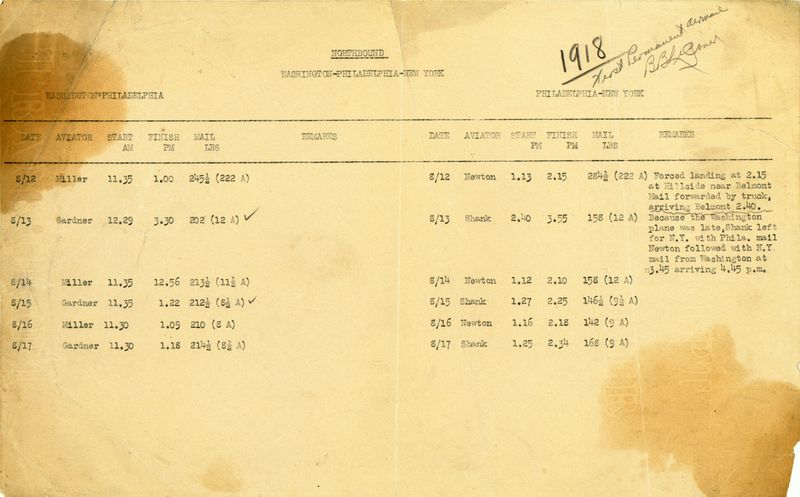 This document from the files of first Airmail Superintendent Benjamin Lipsner, shows the flight records of the first week of airmail flights. The first four pilots hired to fly the mail were Max Miller, Edward Gardner, Maurice Newton, and Robert Shank.

The Department established a record of reliable and timely flights for its DC-New York flyway. This helped pry funds from Congress for advancements over the next few years, first flights between New York City and Chicago, Illinois, the nation’s leading commercial centers, and finally a connection from New York City across the continent to San Francisco, California. But on August 12, 1918, all eyes were on the Standard-manufactured JN-1B aircraft, piloted by the first man hired to be a POD pilot, Max Miller, as it left College Park, Maryland for the first flight of the Department’s first wholly owned and operated airmail service. 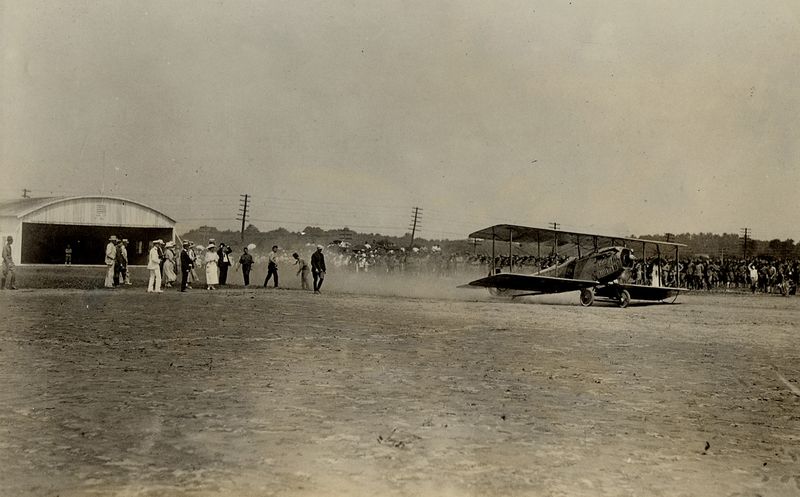