In May 1990, former (temporary) postal service employee Zonker Harris bemoaned an upcoming postage rate increase. Zonker knew that, even after the five-cent rate increase, “US postal rates would still be among the lowest in the world” [1]. Still, he felt frustrated and “fed up” with the postal service’s rate hikes.

Unlike other frustrated United States Postal Service (USPS) customers, though, Zonker had a ready platform to protest this rate hike. As a fictional character in Garry Trudeau’s long-running comic strip Doonesbury, Zonker commanded the attention of hundreds of thousands of newspaper readers every day.

Where other comic strips may have used the rate hike for an in-strip gag, Doonesbury asked readers to take the gag to the USPS itself! The May 20, 1990 strip included two designs in a sheet of nine “negative 5-cent” imaginary stamps. They are adorned with an image of Zonker and the words “Mad as Heck” or “Ticked Off.” Zonker encouraged readers to cut out and glue or tape the fantasy stamps to their mail in lieu of legal postage as a form of protest. These cinderella stamps are “attractive, convenient, and probably illegal,” Zonker noted.

The postal service was not amused. A USPS spokesman told reporters that these Doonesbury stamps were “definitely illegal.” In fact, users risked a fine of $300! [2]

The Doonesbury protest stamps are a kind of “cinderella” stamp: an item that looks like, but is not, an official postage stamp. These imaginary issues never had postal validity but were created as souvenirs. The content of cinderella stamps ranges from political protest to mere decoration. Perhaps the most well-known cinderellas are the Christmas and Easters seals sold to raise money for a variety of charities (below). Although the postal service does place restrictions on what can and cannot be affixed to envelopes, it is legal to put a variety of non-postage labels, decorations, or other items on a piece of mail—provided that legal postage is also present. 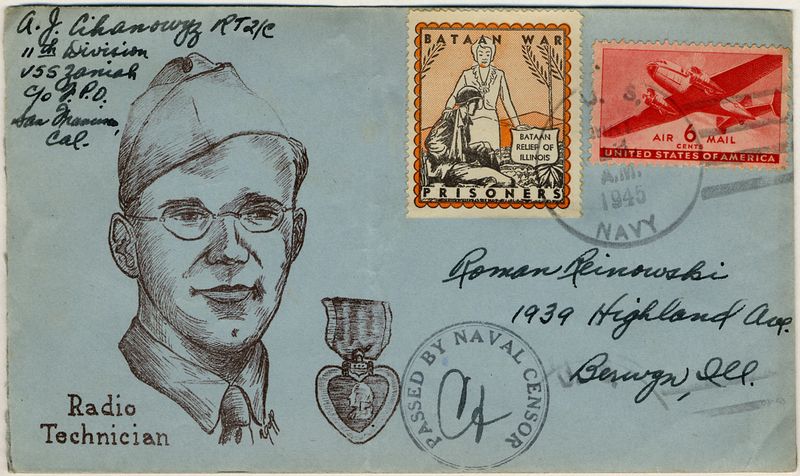 This 1945 patriotic cover includes an official, legal airmail stamp on the top right and a cinderella stamp issued by the private aid organization Bataan Relief of Illinois. 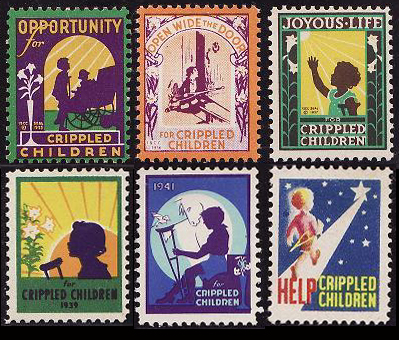 Readers followed Zonker’s instructions and did use the stamps on their mail. The postal service detected the Doonesbury stamps during normal processing procedures. In 1990, postage stamps had phosphor-treated surfaces, known as tagging, that allowed processing machines to place mail in the right position and feed it through a cancelation machine. The Postal Service found the Doonesbury protest issues when the sorting machines failed to detect any phosphorus and kicked them out for hand canceling [3]. While the USPS caught many of the protest stamps, a few did make it through to their recipients.

Though the stakes were a bit lower in 1990, Zonker’s plea to Doonesbury readers is one of many examples of American newspapermen using the newspaper to protest taxes in the form of stamps. For example, in 1765, The Boston Gazette caricatured the Stamp Act’s proposed stamps with a skull and crossbones and the words, "This is the place to affix the STAMP.” With this phrase, The Gazette’s editors taunted loathed Stamp Act, a 1765 law imposed by the British government that taxed paper. The Stamp Act proved so unpopular that the British repealed it in 1766.

There is no information on exactly how many Doonesbury readers attempted to use the protest stamps to mail a letter. Likewise, there is no evidence that the protest stamps had an impact on the USPS rate hike. However, it is worth noting that in 1991 the cost of postage went up just four cents—not the planned five—to 29 cents for first class mail.