On November 8, 1958, an employee of Harry Winston’s New York City jewelry store mailed an ordinary looking package at the mail city post office. The package was anything but ordinary. It held one of the most famous gems in America, the Hope Diamond. The employee paid $145.29 to mail the package. Postage accounted for only $2.44 of the total cost. The rest was for insurance totaling $1 million. This valuable gem traveled safe and sound to the museum through the US mail. 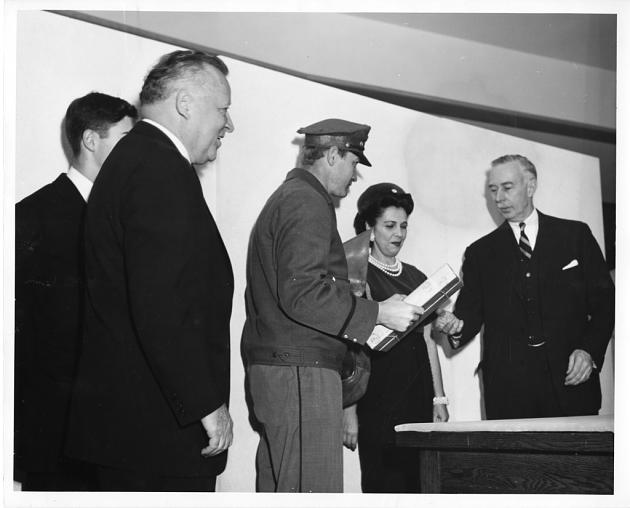 In Washington, the package was delivered by local letter carrier James G. Todd. He picked it up at the Washington, D.C. city post office, which today houses the National Postal Museum. It was a short trip to the Natural History Museum from here. There, Leonard Carmichael, Secretary of the Smithsonian Institution, brought Todd into the Gem Hall where reporters and cameras watched as Todd plucked the valuable package from his mail satchel and presented it to Secretary Carmichael. 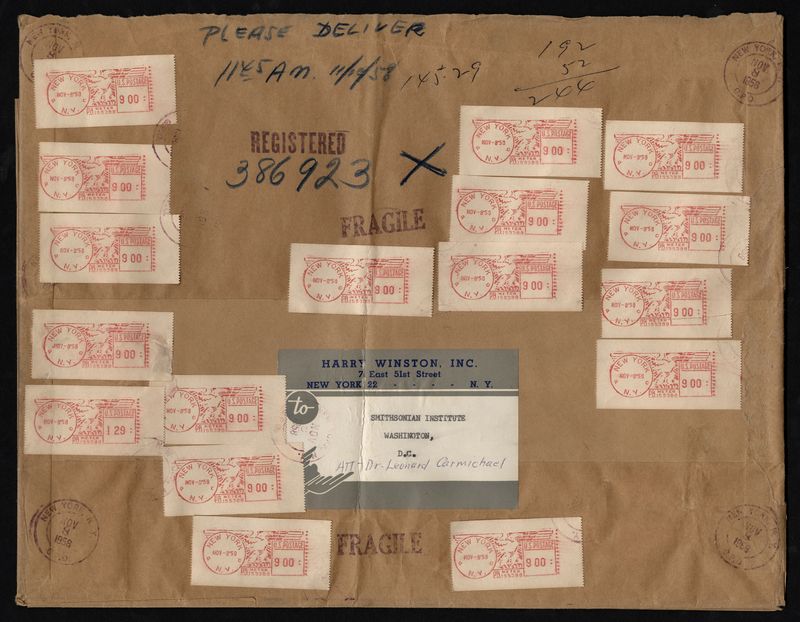 Of course, much of the intrigue of the Hope Diamond comes from its alleged curse. At the donation ceremony Mrs. Winston scoffed at the idea of a curse, noting that her family had held the gem without any ill effects. Carrier Todd had cause to question just how powerful the curse was. Within a single year after delivering the stone to the Smithsonian, Todd suffered a crushed leg and head wound in two separate automobile accidents, his wife died of a heart attack, his dog strangled on his leash, and Todd’s Seat Pleasant, Maryland, home was partially destroyed by fire.

When reached by a Washington Post reporter who asked if he attributed his misfortune to having delivered the Hope Diamond, Todd replied, “I don’t believe any of that stuff.” He went on to say that it was all in one’s attitude. Referring to the fire he said: “Perhaps I’m actually having good luck. Thank God all four children were outside instead of in those rooms.” Todd added a thought. “If the hex is supposed to affect the owners, then the public should be having the bad luck.”