Are you planning a trip this summer or are you taking a college bound student on an inspection tour? A fun activity for your entire family might be to see if your destination or route has a post office with murals that were created during the depression under the Section of Fine Arts. The Section was created in 1934 and administered by the Procurement Division of the Treasury Department to select art to decorate public buildings. Of course, this included Post Offices.

Whenever I’m on a trip I like to check out the local post offices. I don’t always check in advance to see if the post offices have murals. But in the future, I’m going to make a point of doing so.

I was delighted to find a new deal post office mural on a recent trip to Chapel Hill, North Carolina. I was visiting my god daughter who goes to UNC and the Post Office on East Franklin Street borders the campus. I had to cross the street to view the post office and was fortunate enough to discover that Chapel Hill still has the mural painted by Dean Cornwell which hangs over the post office door. The subject matter is Laying the Cornerstone of Old East. 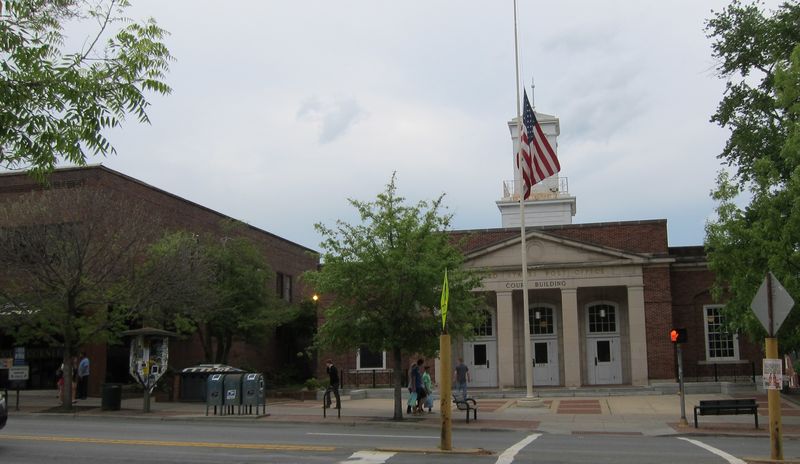 Chapel Hill, North Carolina Post Office on Franklin Street.
Dean Cornwell (1897-1960) was a well-known illustrator who completed this mural in 1941. It hangs over the postmaster’s door. 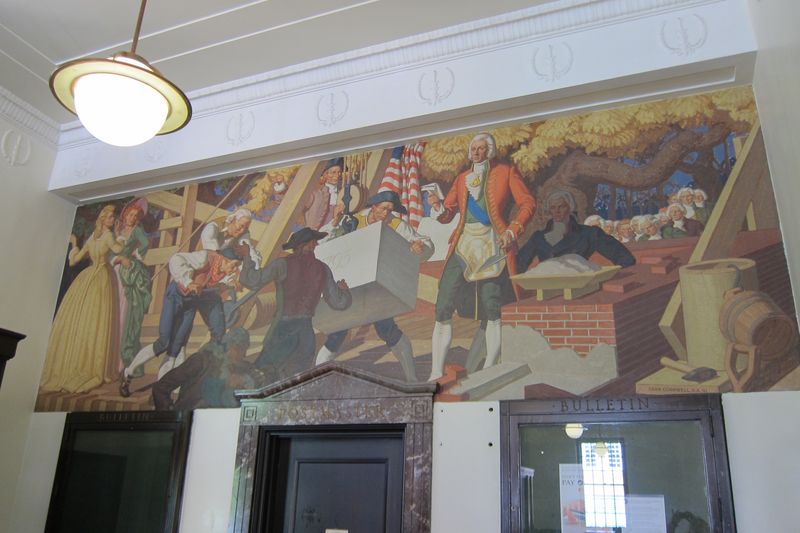 Although Cornwell is best known for his illustration, he also studied mural painting and won several commissions including the decoration of the Los Angeles public library. His first commission for the Section was for the Morgantown, North Carolina post office in 1938 depicting Sir Walter Raleigh and the First Landing on North Carolina Shore. I have yet to see this mural in person. 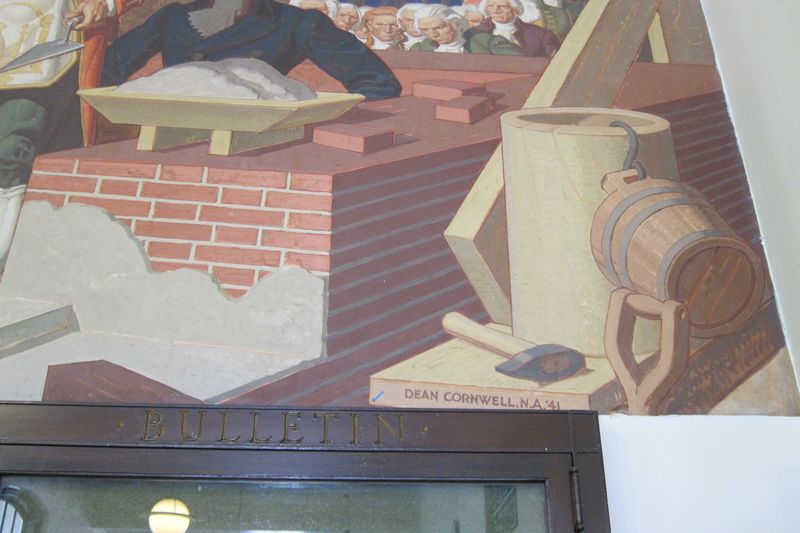 Detail of right side showing artist’s name and date

The University of North Carolina was chartered in 1789 and opened its doors for students in 1795 as the nation’s first public university. The East Building was the first building constructed to house the university. It now serves as a residence hall. 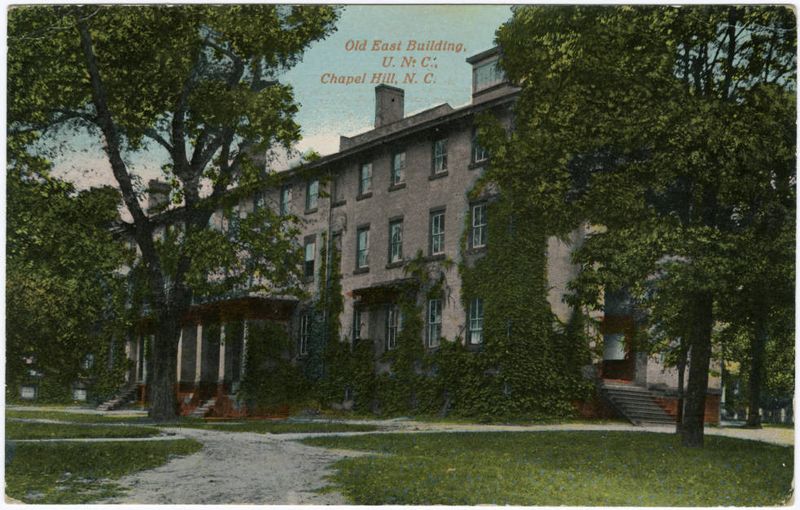 Laying the cornerstone of Old East depicts the laying of the cornerstone of the East Building on April 12, 1793 by General William R. Davie, who later served as governor of North Carolina from 1798-1799. He is considered to be the “father of the University” as he helped in its creation. Also attending the ceremony was the governor of the time, Richard Dobbs Spaight.

The man in the mural standing wearing the orange coat (below) with the trowel in his left hand and wearing an apron is Davie. Davie was a freemason so the fact that he is depicted with these masonic emblems has special significance. 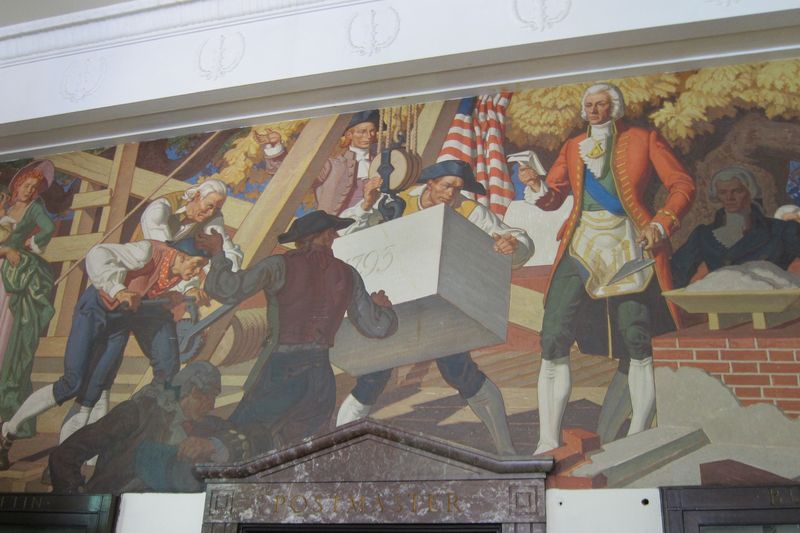 You don’t have to wait for your vacation to see a new deal post office mural. There may be one nearby.

For a listing of murals by states visit: http://www.wpamurals.com/

All images of murals are used with the permission of the United States Postal Service. All rights reserved.