Open Through Feb. 15, 2016: "Freedom Just Around the Corner: Black America from Civil War to Civil Rights" 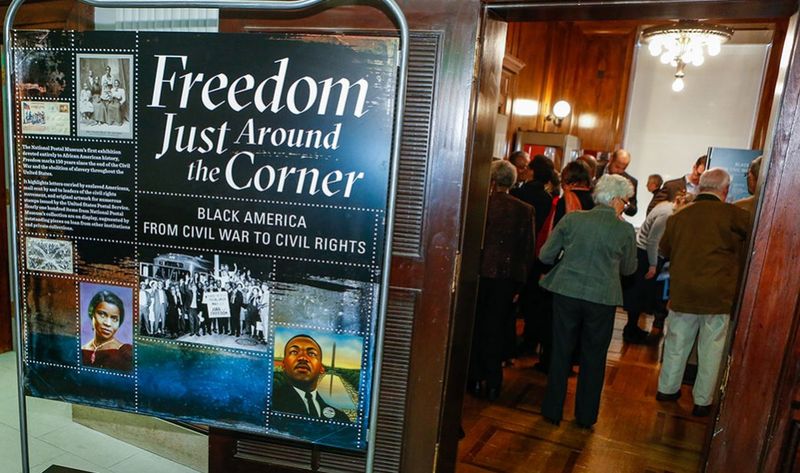 “Freedom Just Around the Corner: Black America from Civil War to Civil Rights” opened February 12 at the Smithsonian’s National Postal Museum. The museum’s first exhibition devoted entirely to African American history marks 150 years since the end of the Civil War and the abolition of slavery throughout the United States. The exhibition, open through Feb. 15, 2016, chronicles the African American experience through the perspective of stamps and mail.

The exhibition includes letters carried by enslaved Americans, mail sent by and to leaders of the civil rights movement and original artwork for numerous stamps issued by the United States Postal Service. More than 50 items from the museum’s collection, augmented by outstanding pieces on loan from other institutions and private collections, are on display in 16 themes and historical periods of time, including: 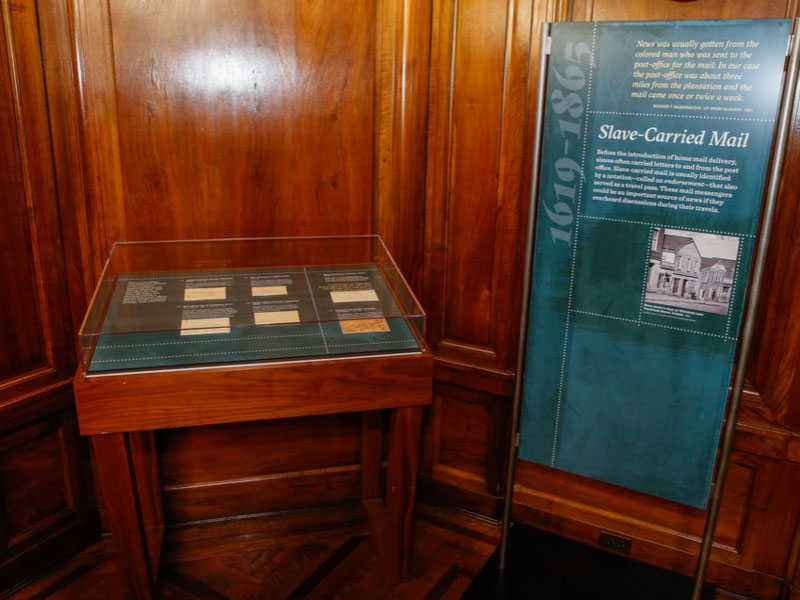 1619–1865: Slave-Carried Mail
Before the introduction of home mail delivery, slaves often carried letters to and from the post office. Slave-carried mail is usually identified by a notation—called an endorsement—that also served as a travel pass. These mail messengers could be an important source of news if they overheard discussions during their travels.

1775–1865: Abolition and the Mail
The political ideals of the American Revolution—liberty, equality and freedom—inspired some Americans to rethink the morality of slavery. By 1804, reformers had succeeded in abolishing slavery in the northern states and turned all their efforts to attacking slavery in the South and opposing its spread in the West. Postage rates decreased from the 1830s through the 1850s, allowing abolitionists to distribute literature cheaply via the post office. Many southerners regarded these mail campaigns as an attack, aided and abetted by the federal government. 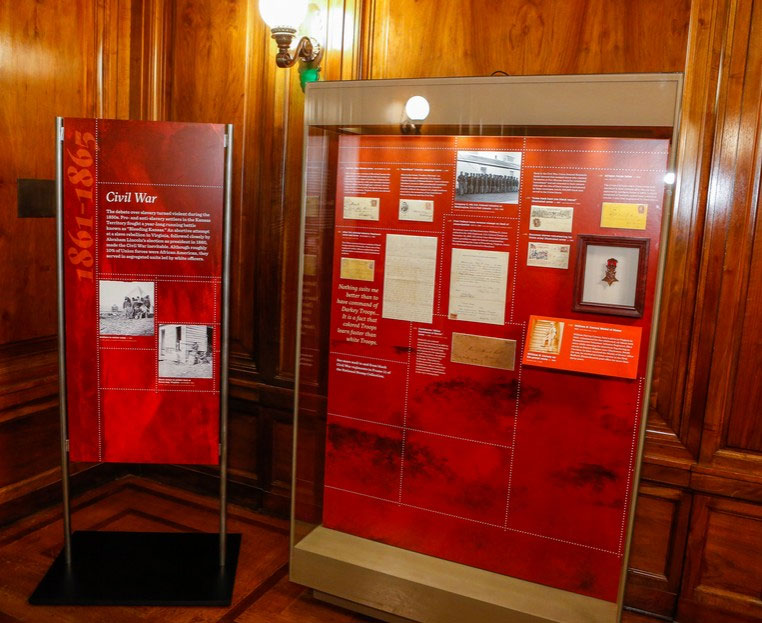 1861–1865: Civil War
The debate over slavery turned violent during the 1850s. Pro- and anti-slavery settlers in the Kansas Territory fought a yearlong running battle known as “Bleeding Kansas.” An abortive attempt at a slave rebellion in Virginia, followed closely by Abraham Lincoln’s election as President in 1860, made the Civil War inevitable. Although roughly 10 percent of Union forces were African American, they served in segregated units led by white officers.

1863–1877: Reconstruction
Reconstruction refers to the process of reorganizing the southern states and readmitting them to the Union. It generally began once U.S. forces occupied a Confederate territory, and involved freeing local slaves and extending political rights to them. The rise of the Ku Klux Klan foreshadowed the difficulties that African Americans would face once the last federal forces withdrew from the south in 1877, leaving blacks vulnerable to segregationist “Jim Crow” laws. 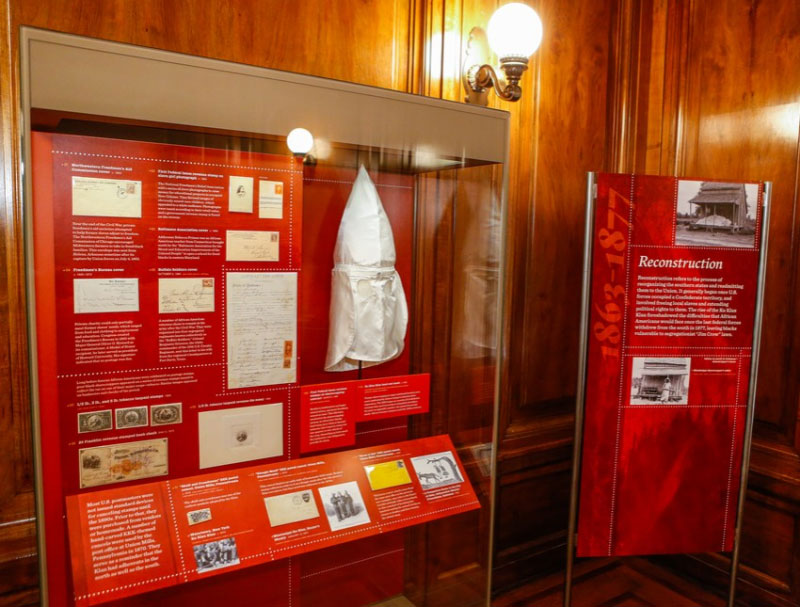 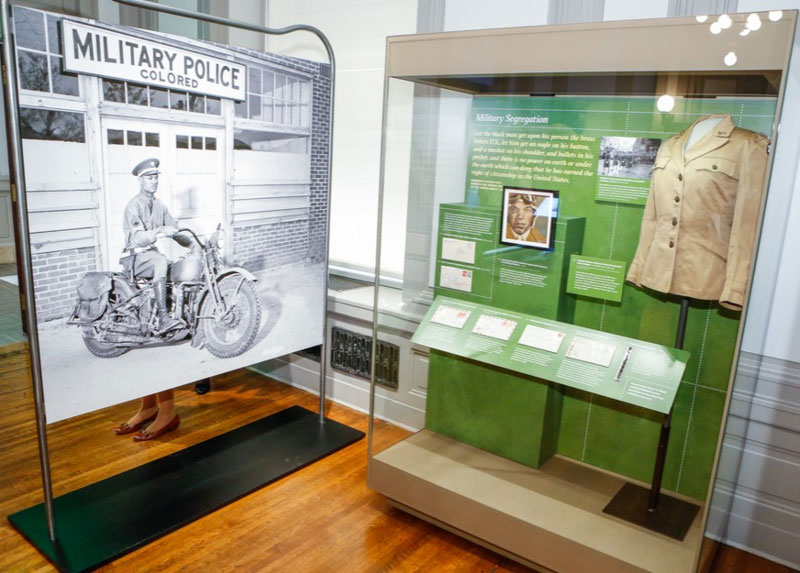 1877–1964: Segregation
With the U.S. Army no longer suppressing the Klan and enforcing the political rights of freedmen, southern states introduced racial segregation and passed laws that made it difficult for black men to vote. Lynchings peaked between 1890 and 1910, and anti-lynching legislation became a perennial concern of new civil rights organizations such as the National Association for the Advancement of Colored People. Throughout this period, the post office and the military were the nation’s largest employers, and they reflected the racial tensions of the larger society.

1867–1972: Civil Rights Movement
The first generation of civil rights leaders was born in slavery or were the children of slaves. They emphasized education and self-reliance as the path to equality, founding local and national organizations to help fellow black Americans become educated, build businesses and establish social networks. The institutions they created trained and nurtured later generations of activist leaders. 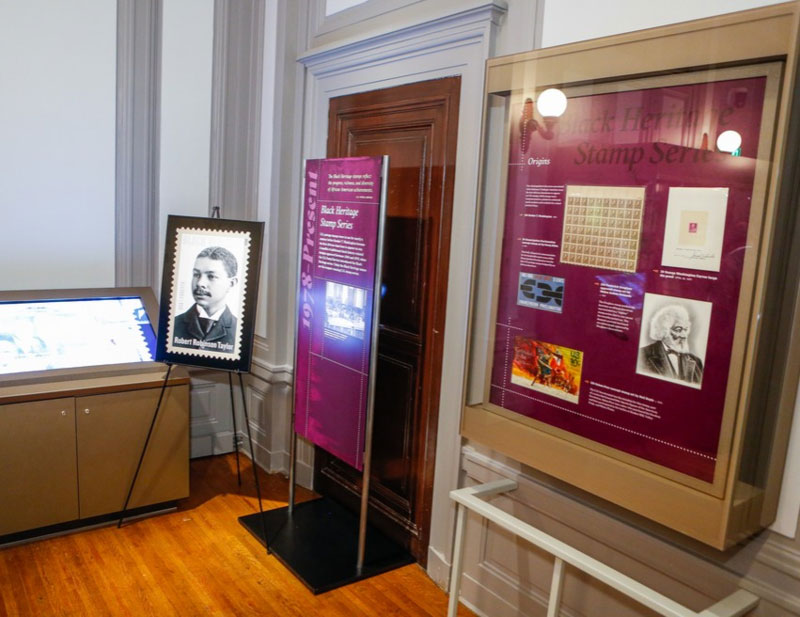 1978–Present: Black Heritage Stamp Series
U.S. postage stamps were in use for nearly a century before Booker T. Washington became the first African American to appear on one. A handful of additional black history-related designs appeared between 1940 and 1978, when the U.S. Postal Service introduced the Black Heritage series. Today the Black Heritage issues are the longest-running U.S. stamp series.