The National Postal Museum’s newest exhibition “Trailblazing: 100 Years of Our National Parks” is filled with amazing artifacts telling the story of our National Parks and its relations to the history of the United States Postal Service and philately. One of the objects chosen for the exhibition is the stamp album once belonging to famous photographer, Ansel Adams.  Because of Adams’ portrayal of the natural world and National Parks in his photographs, having his stamp collection in the “Trailblazing” exhibition was a great fit. The curators wanted to display the album open to show the colorful and expressive array of stamps Adams had collected; but, before that could be done, the album needed conservation treatment.

The National Postal Museum (NPM) worked with the Smithsonian Institution Libraries, utilizing their expertise to ensure the album received proper treatment. Conservator Katie Wagner performed the work on Ansel Adams’ stamp album. The treatments included consolidating and relining the spine of the album so it could be safely displayed open in the exhibition. NPM preservation staff visited Katie at the library lab while she was removing the original paper and adhesive from the spine in order to document the process. She uses methyl cellulose to break down the adhesive to make it easier to remove, while being careful to only remove a small portion at a time so the folios underneath are not damaged. Part of the conservation treatment is to add a new spine-lining fabric before putting the original album cover back on. 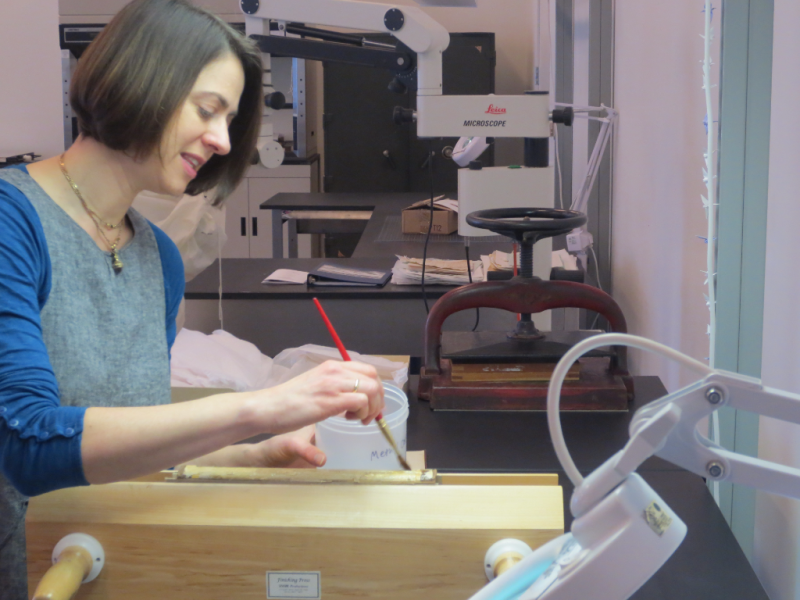 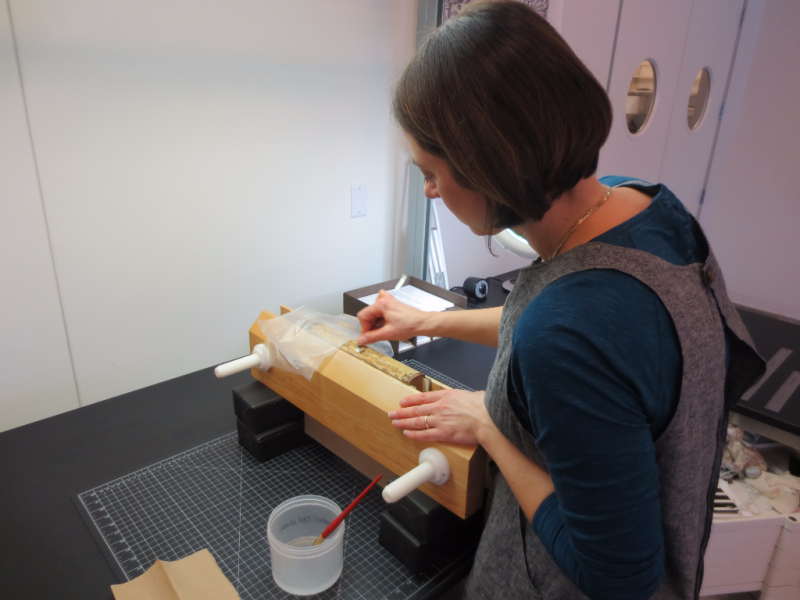 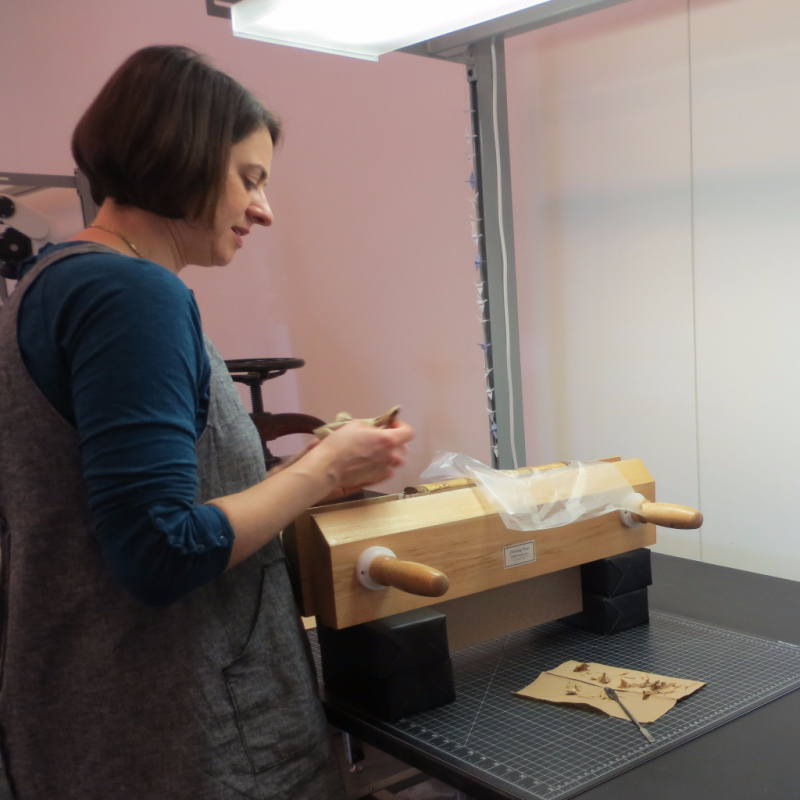 Continuing to work on removing lining. 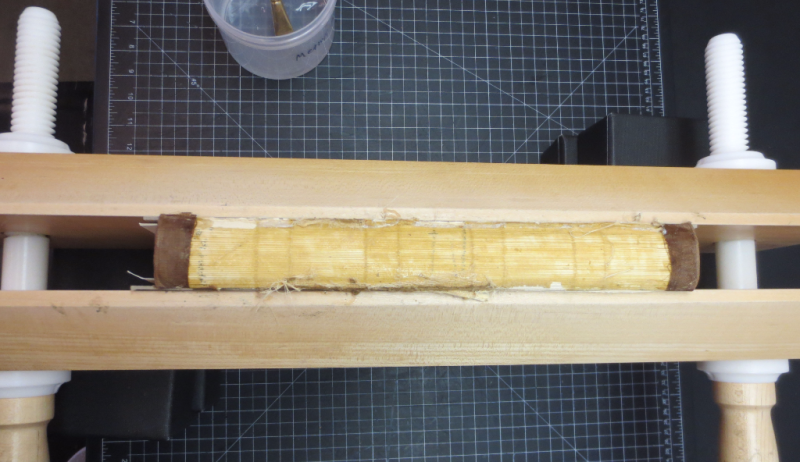 Album without any lining on spine. 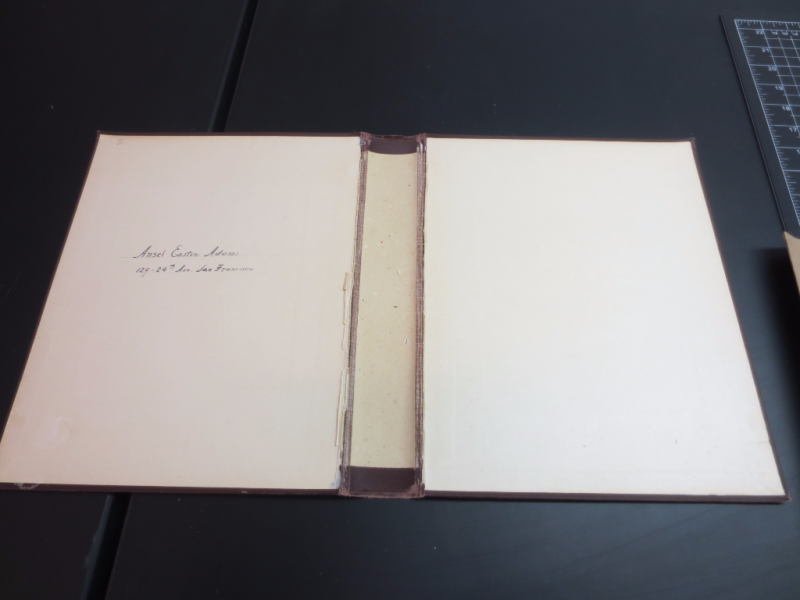 Original album cover with Ansel Adams' signature set aside to be reattached after the spine is consolidated and relined.

You can view a video of the whole process here:

Once treatment was complete, NPM Preservation staff returned to SI Libraries’ conservation lab to collect the album. We are extremely happy with the results and appreciative of all the hard work put into the project by the SI Library conservators –especially Katie Wagner! Visitors can enjoy the album by visiting the “Trailblazing” exhibition at the National Postal Museum! 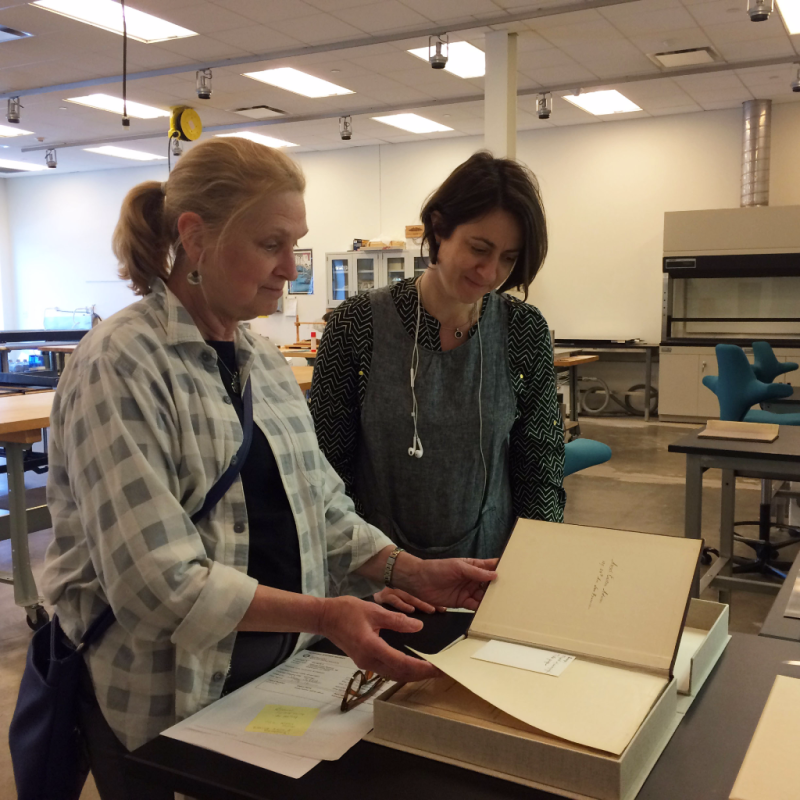 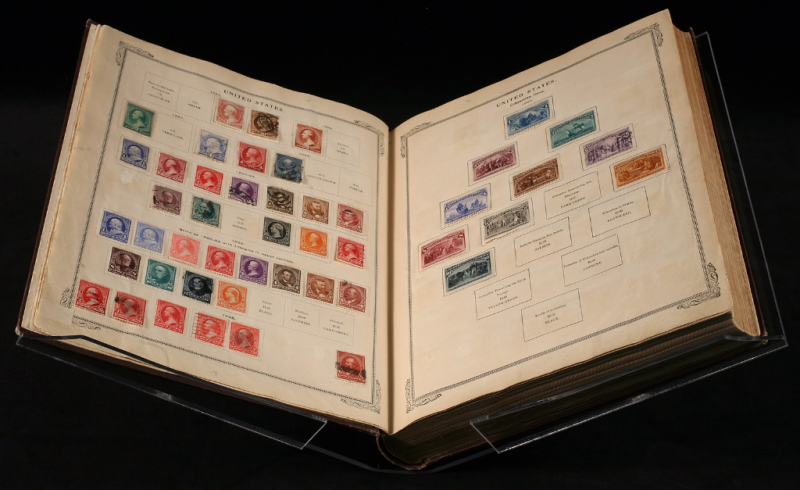 Ansel Adams’ stamp album as it is displayed in the exhibition.