“Trailblazing: 100 Years of Our National Parks” is a two-year temporary exhibition currently on display at the National Postal Museum. The exhibit features a variety of objects that narrate the century-long relationship between the National Park Service and the United States Postal Service, including two postcards that have been scorched in the fissures of Hawaii’s Kilauea Volcano. 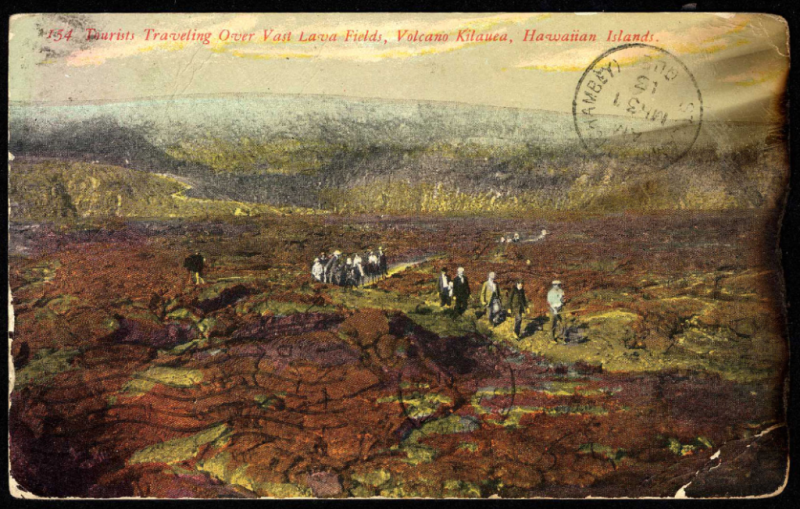 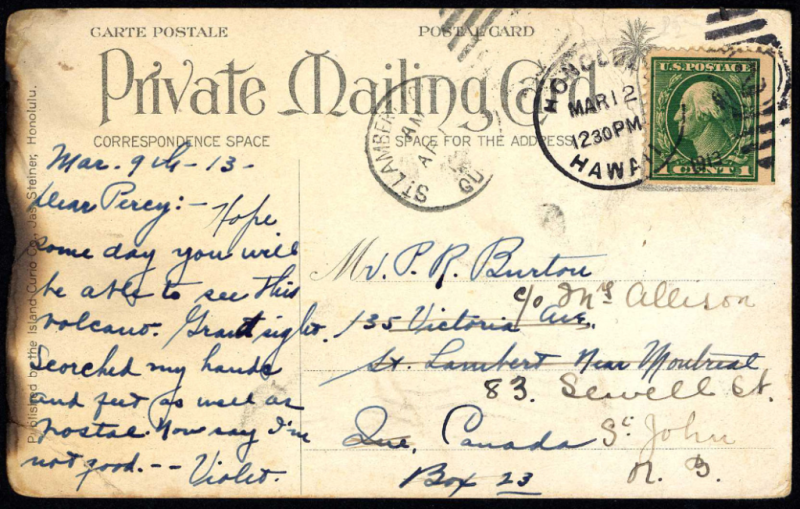 Visiting Hawaii’s volcanoes in the late nineteenth and early twentieth centuries—both before and after their designation as a National Park in 1916—was an adventurous experience. In the age before commercial airlines, curious tourists began the trip to Hawaii’s volcanoes by arriving at Hilo via passenger steamer. From Hilo, travelers had the choice of two routes to the volcanic craters; they could travel the entire thirty miles via automobile, or take the railroad for twenty-two miles and a car for the remaining eight. The tourists’ destination at the crater was often Volcano House, the better-known hotel of the two built at Kilauea Caldera.

Volcano House’s guests spent their vacations enjoying the hotel’s restaurant and comfortable sitting rooms, as well as the great outdoors. The Halema’uma’u Crater Trail began just behind the hotel, running three and half miles down the side of the Kilauea Caldera and across the crater floor to the edge of Halema’uma’u.

The majority of guidebooks from the late nineteenth century list the best time to hike the caldera as midafternoon because it provided visitors with both safe sightseeing in daylight and a closer look at Halema’uma’u Crater’s lava glowing in the evening. Thomas G. Thrum’s Hawaiian Annual and Standard Guide, however, records one case of an emboldened vacationer visiting the caldera at night. According to Thrum, the first white man to stay overnight in Kilauea Caldera was C.S. Bartow, the postmaster of Lahaina on Maui, visiting Hawaii. Bartow suggested the nighttime excursion to his fellow travelers, and while they decided against the idea, the postmaster could not be dissuaded. Bartow took two native guides with lanterns and descended into the caldera. He spent the night in the active volcano and returned early the next morning to the applause and great relief of his friends. 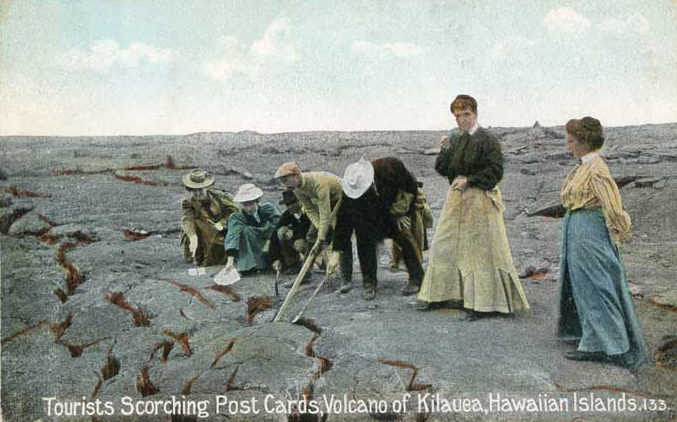 Most travelers preferred visiting the crater in guided groups, and—armed with food, supplies, and postcards provided by Volcano House—trekked down the caldera’s well-marked trail and enjoyed lava-formed wonders like those picturesquely nicknamed Pele’s Bathroom and the Picture Frame. At Devil’s Kitchen, the sulphur and steam cracks in the crust were especially hot, prompting tourists to lower sticks holding food and souvenirs into the fissures. Many tours enjoyed a dinner of eggs and potatoes cooked by the volcano’s heated vents, while others brewed coffee or scorched postcards they would mail to relatives back home. Tour groups also scorched postcards at nearby fissures dubbed the Postal Rift, where lava flows in 1919 created a maze of caves that tourists once explored. In (unsinged) letters written about his own experience at Kilauea in 1907, Pennsylvania Representative Ernest Acheson remarked that, “An excellent meal was served, everything being cooked at the hot cracks on the crater . . . and the weird surroundings made a scene such as one will seldom look upon in a lifetime.” 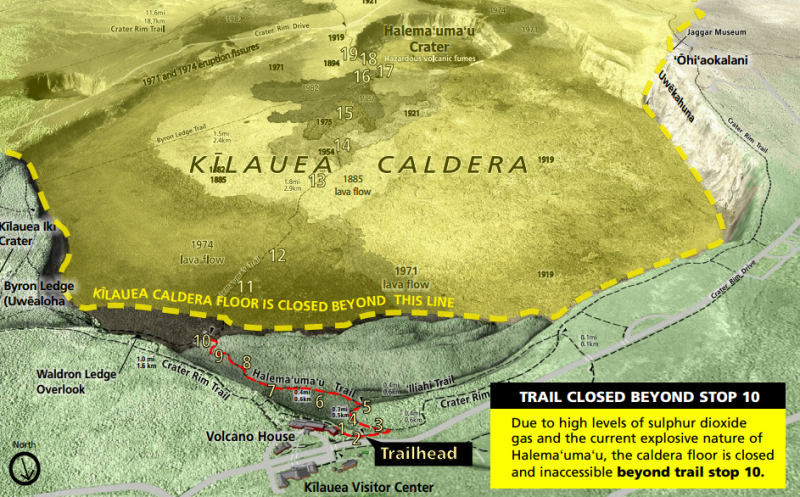 From Devil’s Kitchen, the tours continued to the edge of Halema’uma’u, where hikers would mimic the customs of native Hawaiians and toss offerings of ohelo berries into the fiery pit as a sacrifice to Pele, the Hawaiian volcano goddess. Afterward, the tourists would start their ascent back to Volcano House

Both Volcano House and the trail that took Hawaii’s early tourists down to the lava-filled crater still exist today, but due to the active nature of Halema’uma’u, carbon dioxide gas and other dangers have kept the caldera floor closed since 2008. Nevertheless, Hawaii Volcanoes National Park remains an adventurous vacation destination that is just as breathtaking as it was a century ago.

Holly Chisholm is a recent graduate of Washington College with a special interest in tourism history. As part of her NPM internship, she is writing a series of guest blog posts inspired by objects in the museum collection and in the exhibition, “Trailblazing: 100 Years of Our National Parks.”