Airmail, Through the Lens of Charles Townley Chapman

Pilots, mechanics and photographers- oh my! Airmail required multiple people to keep the mail soaring through the air, but one of the most captivating jobs of them all was that of Charles Townley Chapman, a photographer at the College Park Airfield during the advent of America’s airmail service. He froze time with his breathtaking and treasured photographs of airmail from 1917-1919. Charles Townley Chapman, or C.T.C as his family remembers him, was born July 15, 1891 in Kensington, Maryland. A passion for photography runs deep within the Chapman family and C.T.C harbored his passion from his father, Frank Townley Chapman. 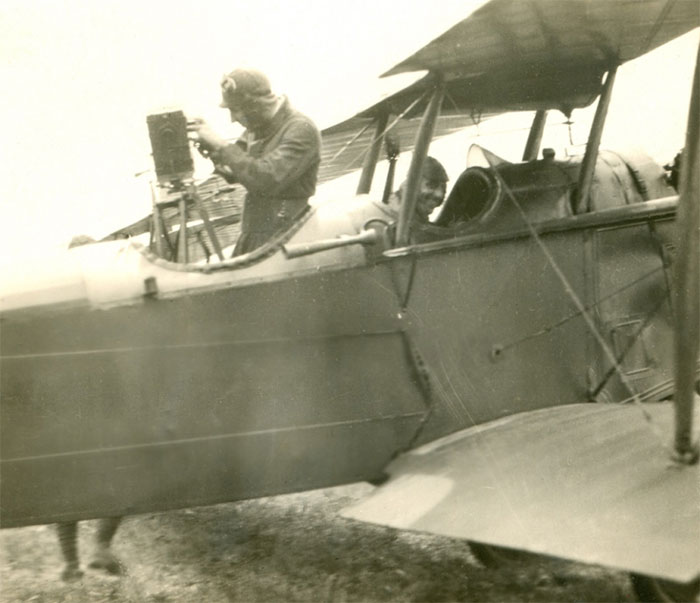 Before takeoff, C.T.C readies himself to capture footage on his video camera from the backseat of an airplane.

Living in Maryland gave C.T.C countless opportunities in Washington, D.C. to freelance as a photographer and videographer for multiple news outlets. When World War I broke out, he was drafted and served stateside with the U.S. Signal Corps. He took photographs for the Army, which led him to College Park Airfield as the Army played an instrumental role in pioneering airmail service. He captured major milestones of airmail at College Park Airfield and due to the amount of photos of pilot Robert Shank and Superintendent Benjamin Lipsner, it appears they had a close working relationship. Some of C.T.C's most memorable airmail moments include: pilot Robert Shank giving Douglas Fairbanks a ride to sell war bonds in New York, a visit from Postmaster General of Sweden Dr. Julius Juhlin, countless shots of the first four civilian airmail pilots and their bosses, and Superintendent Benjamin Lipsner and Second Assistant to Postmaster General Otto Praeger 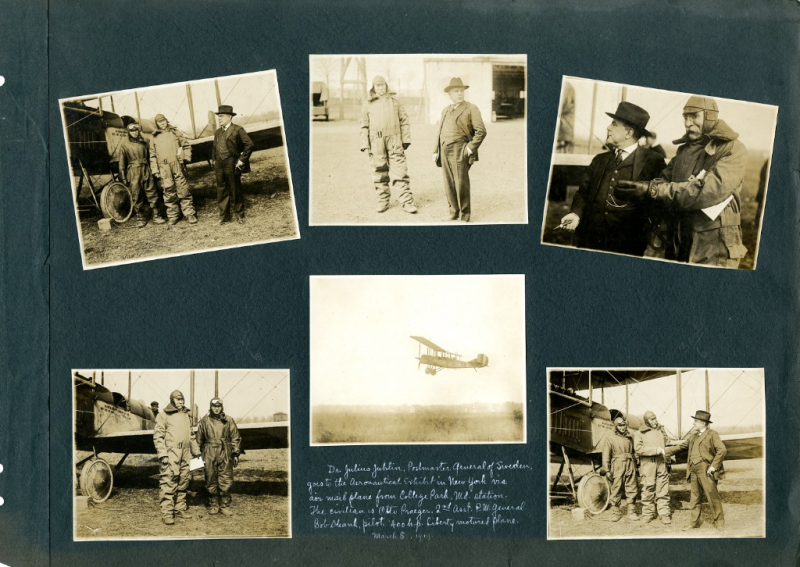 Realizing the significance of the events he was witnessing, C.T.C made copies of his historic photographs. Adorning the duplicates with his signature stamp on the back, he sent many to pilot Robert Shank and Superintendent Benjamin Lipsner. Some of these photographs eventually made their way into the collections of the College Park Aviation Museum and the National Postal Museum. After covering airmail, C.T.C continued working for multiple news outlets such as Pathe News, Chicago Northwestern Railroad, and as a freelancer. 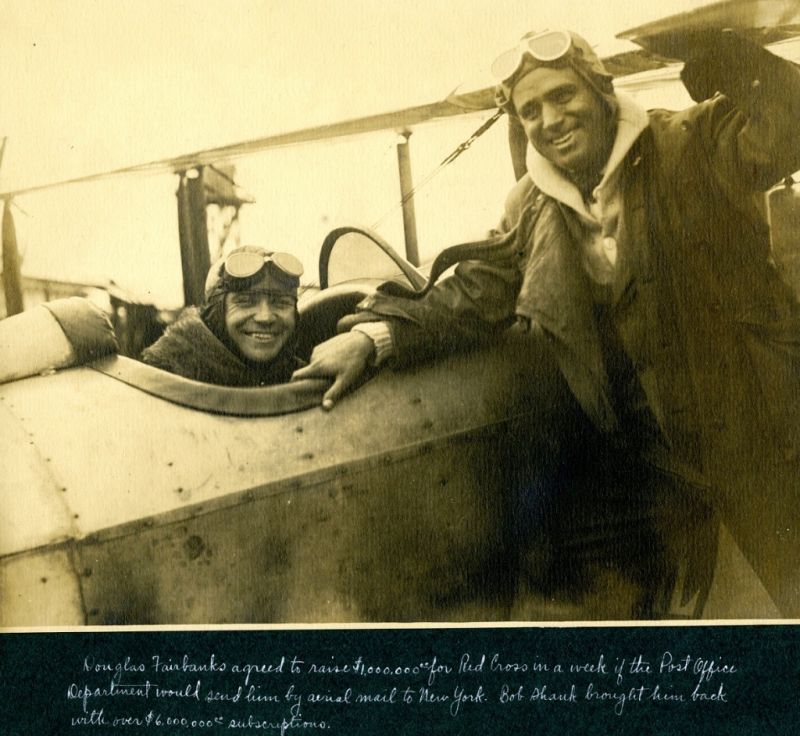 As per C.T.C’s description: “Douglas Fairbanks agreed to raise 1 million for Red Cross in a week if the Post Office Department would send him by aerial mail to New York. Bob Shank brought him back with over 6 million subscriptions."

Throughout his career, C.T.C. captured many pivotal moments of history including: World War I, Airmail, the women’s suffrage movement, the 1933 World’s Fair in Chicago, Woodrow Wilson's presidential inauguration, pilot Katherine Stinson presenting a check to the Red Cross, to name a few. C.T.C continued to take photographs until his death in 1949. His photography was not only monumental in documenting the birth of airmail, but also provides us a unique glimpse at history through his eyes.

In this airmail centennial year, the National Postal Museum has had the privilege of working with the College Park Aviation Museum - a beacon of Prince George's County and an affiliate of the Smithsonian Institution. On August 11, 2018, the College Park Aviation Museum will open the new exhibition “Delivering America: Airmail to Email.”  In connection with the exhibit, the Aviation Museum will host an Airmail Centennial Celebration on August 10-12th with activities and events for all ages Visit their website for more details about this exciting weekend!

All images from the Charles Townley Chapman Collection at the College Park Aviation Museum.