In the dark of the night around 11pm Union Pacific’s Overland Limited train was stopped just south of Omaha, Nebraska by a pair of men holding pistols and wearing handkerchief masks. When the train stopped, another pair appeared and demanded the mail clerks open up the door to the mail car. They refused and one of the thieves shot out a window in the car door. The Railway Post Office clerks complied with the order, opening the door. The thieves took seven registered mail pouches from the train, sending the clerks and the train back on their way, ordering the engineer to return the train to the Omaha station. The registered mail pouches were destined for New York, Chicago and Washington, DC.

Some clues began to pop up in the area, including empty mail pouches and a greasy glove near Union Pacific railroad tracks. Mail clerk M.C. Rush was able to describe one of the thieves, whose mask slipped a bit, as being smooth shaven and with light hair. Postal inspectors, including several from the Kansas City, Missouri office, joined Union Pacific and local detectives at the scene. The railroad offered $20,000 for the arrest and conviction of the four bandits (officials would later learn there were five thieves in all) and the Post Office Department offered $4,000. Postal officials did not release an estimated value of the stolen mail, but it was later determined to be worth $500-$700.

Five days after the robbery, some boys from Brown Park Elementary school were playing in some brush when they found two guns, handkerchiefs and hats hidden away. Police were notified, and kept the area under watch, in case the thieves would return. Three of them did. Donald Woods, Fred Torgensen and James Gordon (real name Frank Grigward) were taken into custody as the investigation proceeded. Another critical clue was found when one gun was test fired and found to have made the same indentation on a shell as some found at the robbery. The Brown Park school made it back in the news when janitors discovered the rest of the mail pouches in the attack on May 28, emptied of all valuables. Further investigations added two more men to the jail’s population and by the fall of 1909 all were put on trial for the robbery. 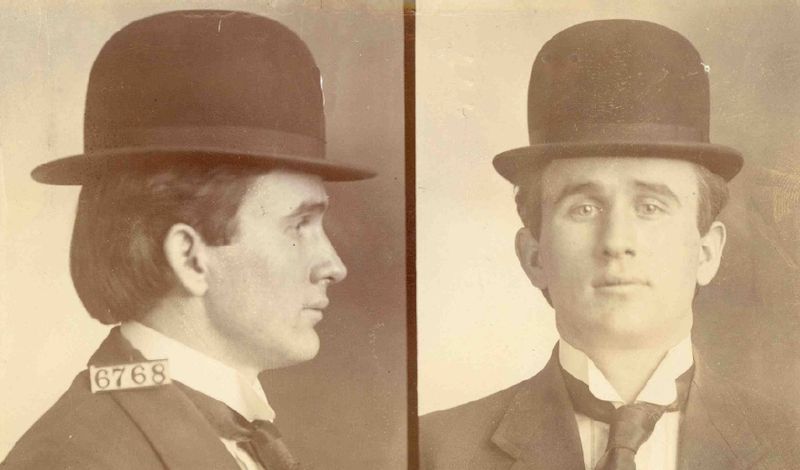 On November 11, 1909, after just over an hour of deliberations, the jury found all five men guilty of the robbery. They were delivered to Leavenworth prison, but that wasn’t the end of the story. On April 1910, Grigware and five other prisoners escaped from Leavenworth. Most of the prisoners were rounded up shortly after their escape. But not Grigware. The search for him continued. Unknown to his pursuers, Grigware had changed his name to James Fahey and found work first in Minnesota, then in Canada, where he set up residence, marrying a Canadian woman and starting a family in Alberta. Grigware/Fahey might have continued life without discovery, but he was arrested for hunting fox out of season in 1934. His fingerprints were forwarded to Ottawa and then Washington, DC (the FBI’s International Fingerprint Exchange program had just begun two years earlier). His friends and neighbors, and even Canadian officials, defended the man they knew as Fahey, and US officials decided not to demand his extradition. 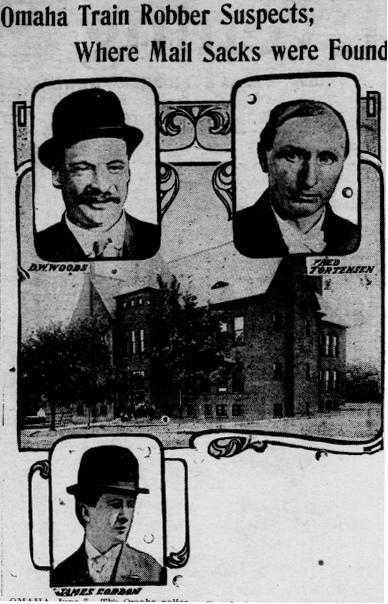