Owney e-Book Now Available on the Web and iPad

By Allison Wickens, Director of Education at the Postal Museum and Owney fan

“When you go traveling with Owney, you’re never in a lonely world.”

Just like these song lyrics promise, with the new Owney: Tales from the Rails e-book available today, you’ll never be far from Owney and his jingling tags. Owney’s story is now available online and in a free iPad app with narration and a soundtrack featuring country singer Trace Adkins. And once you hear this gem of a song, you’ll be humming along too!

Owney is joining the ranks of the beloved characters now telling their story via e-book. The adorable portrayal and animated illustrations invite readers to discover more about this globe-trotting dog. He crisscrossed the country in the 1890s riding on mail train cars and collecting tokens for his harness along the way. His story inspired the release of an Owney postage stamp last summer. The e-book continues the great series of materials featuring Owney made available in 2011, including an exhibit, curriculum guide, and an augmented reality app.

Never before has Owney’s story come to life in such a way—combining world-class animated illustration with standout narration and a soundtrack. The moving images and musical elements enrich the narration in ways a print book cannot. In playful color on over 60 pages, children read and hear the adventures of Owney. Narrated through contemporary eyes, the story is based on primary sources with a dash of imagination. I’m so proud that this book combines such heart and artistry with historical accuracy. Listen to the Owney song, sung by Trace Adkins and written by Stephen Michael Schwartz. 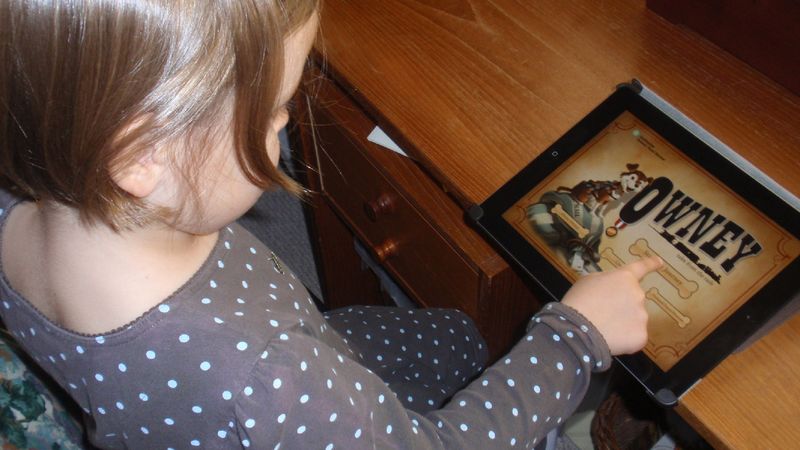 I have always enjoyed introducing visitors to Owney when I give tours of the museum. Young and old; from near and far—they always look at me a little stunned to learn that this dog led such an adventurous life so many years ago. Now with the Tales from the Rails e-book, I can share Owney’s rich story with his friends and fans around the world. I read it with my friend five-year-old friend Ella this weekend to much enjoyment. I also gave her dog, Mr. Darcy, a chance to browse the story, but he seemed more interested in dreaming of his own adventures than reading about Owney’s. Perhaps it is a story better explored with the people in my life, rather than the dogs. 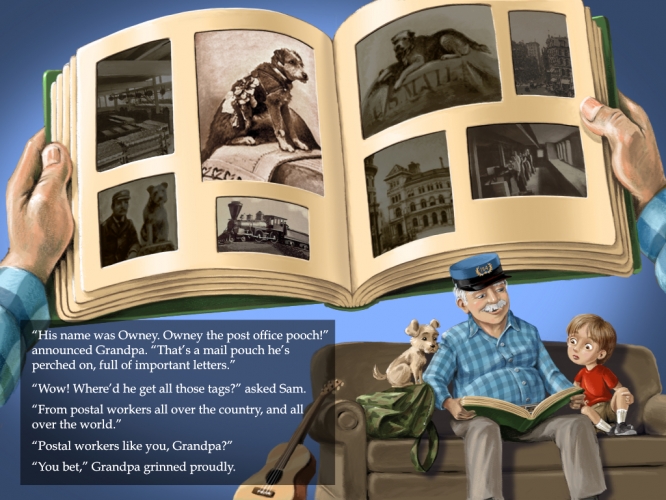