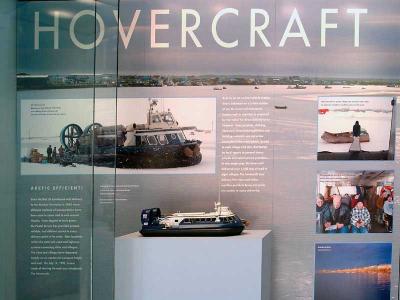 On view was a scale model of the AP.1-88 hovercraft, a 70-foot-long land/water cargo vehicle, along with photographs and a video narrated by Sen. Ted Stevens, R.-Alaska. The exhibit explored the hovercraft's role in delivering mail to eight villages along the Kuskokwim River in rural western Alaska. 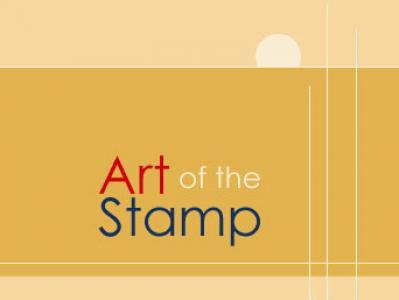 On view were 100 original drawings and artworks that were used to create postage stamps, including entries for the famous Elvis stamp design competition.

On view were the 52 winning entries to the 2003 Federal Junior Duck Stamp state competitions representing each of the 50 states, the District of Columbia, and American Samoa. The top entry was a depiction of a green-winged teal pair by 18-year-old Nathan Bauman of Pennsylvania. 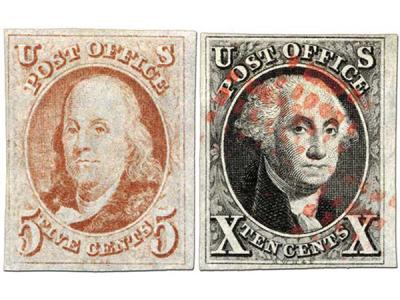 On view was a comprehensive collection of 1847 stamps and covers, selected from a philatelic album of more than 1,000 pages housed in Switzerland. The adoption of adhesive postage stamps in 1847, with the 5- and 10-cent issues bearing the likenesses of George Washington and Benjamin Franklin, represents a turning point in the history of the mail service in the United States. 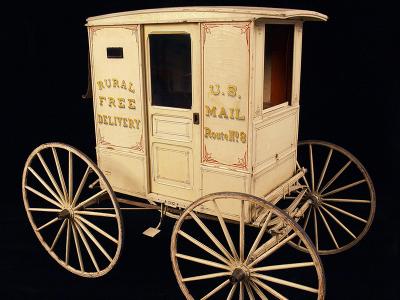 This exhibition featured first-of-their-kind philatelic items, including:
-the first U.S. postage stamp, a 10-cent stamp issued in 1847,
-the first airmail cover, signed by President Woodrow Wilson and sent on the 1st regular U.S. airmail flight on May 15, 1918,
-a British Coronation cover celebrating the coronation of King George VI and his wife Queen Elizabeth in 1937 and signed by the King and Queen,
-the earliest inverts, issued by the U.S. Postal Service in 1869 and illustrated with symbols and scenes from American history,
-Hawaiian rarities, including a 13-cent stamp issued in 1851. 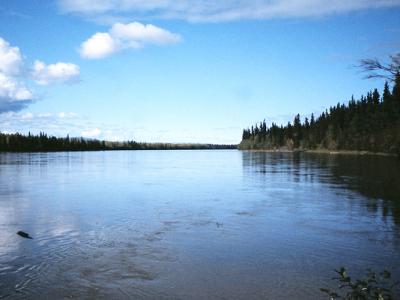 As Precious as Gold, continues in an online format. The exhibit examined the great Klondike Gold Rush and the unforgettable role of the mail carrier in providing contact between those so far from home and the families they left behind. 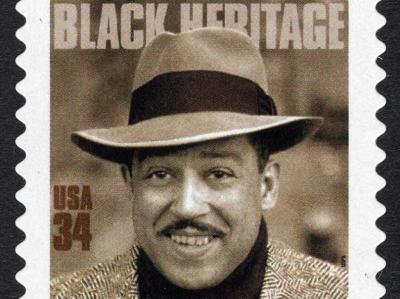 This exhibition of stamps, books, photos, and illustrations honored the life of Harlem Renaissance poet and writer Langston Hughes (1901-1967), known for his lyrical, jazz-tinged interpretations of African American life. The exhibition opened on the 100th anniversary of Hughes' birth and coincides with the United States Postal Service's release of a stamp honoring the writer. This exhibition was part of the "Stamps with Personality" series, which highlighted the achievements of historical figures honored with their likenesses on postage stamps issued by the United States Postal Service.

This exhibition featured 99 winning art designs that were actually issued as postage stamps submitted to the "Stampin' the Future" contest by children ages 8-12 from nearly 30 countries. Sponsored by the United States Postal Service in 1998, the contest invited children worldwide to enter designs based on their dreams, hopes, and visions of the 21st century. The 99 talented winners were selected from a group of nearly 4 million participants worldwide, with 120,000 in the United States alone. The four winning U.S. designs were issued as stamps in July 2000.

This exhibition of rarities featured 12 sheets of 100 stamps each of the 1893 Columbian issues -- the first large-format commemorative stamps issued in the United States. Included were items ranging from the one-cent postcard stamp to the only surviving sheet of the one-dollar denomination. To accommodate depictions of key scenes in Columbus's life, the Columbians were produced at nearly twice the width of previous postage stamps. 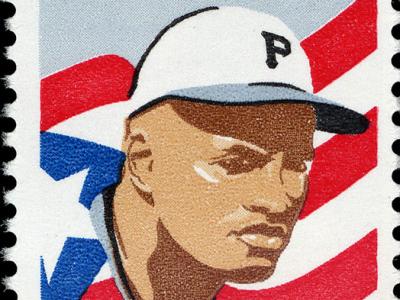 The Great One
This exhibition featured one of baseball's great icons — Roberto Clemente Walker (1938-1972), who was honored on two U.S. postage stamps. 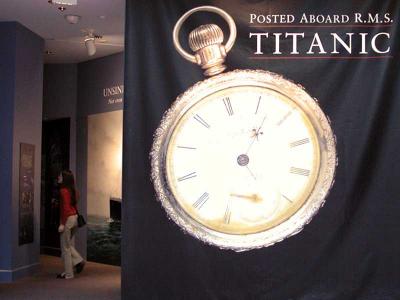 The tragic sinking of the RMS Titanic has captivated our imaginations for decades. Among those who lost their lives when the ship sank were the ship's five postal clerks.

On view were approximately 50 hand-crafted envelopes — with the theme "200 Years of the Nation's Capital" — submitted by calligraphers from around the world for the museum's 7th Annual Graceful Envelope contest. Participants used a range of calligraphic methods and styles to decorate their envelopes. This exhibition celebrated 200 years of Washington, D.C., as the nation's capital and the 25th anniversary of the Washington Calligraphers Guild. 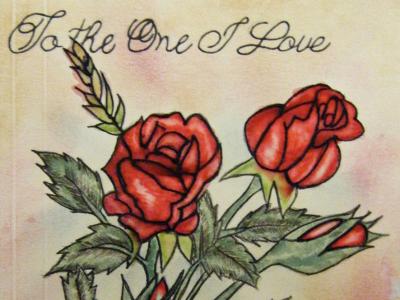 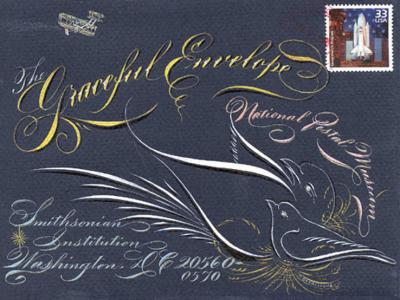 On view were 75 hand-crafted envelopes submitted by calligraphers from around the world for the museum's 6th annual Graceful Envelope contest. Participants used a range of calligraphic methods and styles to decorate their envelopes.

On view were examples of envelopes "franked" by presidents from Jefferson to Carter. The franking privilege (the use of a signature as postage) began in the Colonial era so that officials could disseminate information about the newly established government. The franking privilege was conferred to members of Congress and to each president while in office.

This Rarities Vault exhibition featured three rare philatelic presentation albums given as favors during the presidency of Theodore Roosevelt. 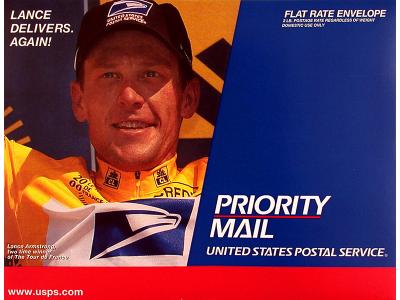 *Now annulled as a result of a 2012 investigation by the United States Anti-Doping Agency (USADA).

This exhibition of juried artwork by students from the Federal Junior Duck Stamp Program was designed to encourage wetlands conservation awareness through the arts. 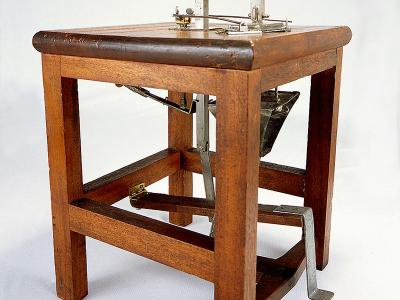 Patent models from 1849-1879, illustrations, and stories of the inventors examine the evolution of envelope manufacturing in the mid-1900s.

On view was virtually every American stamp issue released through 1997. 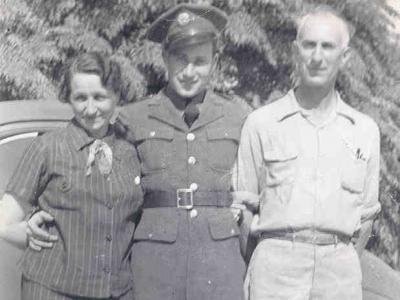 This exhibition featured the last letters written by six members of the U.S. armed forces during World War II. The letters, treasured for decades by the families and friends of these brave men, bring to life voices that were stilled too soon.

On view are photographs of the top 5 finalists in the nationwide 1999 Folk Art Mailbox contest. The winning mailboxes depict the following:
-A white horse with plumed tail,
-A cowboy on horseback,
-A Saguaro cactus made of wooden horseshoes,
-A 1930s-era McCormick Deering W30 tractor,
-A sculpture of metal tools and found objects 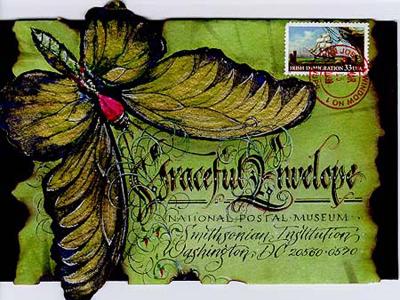 On view were 75 hand-crafted envelopes submitted by professional calligraphers from around the world for the museum's 5th annual Graceful Envelope contest. Participants used a range of calligraphic methods and styles to decorate their envelopes with this year's theme, "celebrate the beauty of nature."