On October 20, 1960, a new kind of post office opened. The Providence, RI post office dedicated on that date was not a run of the mill facility. When Postmaster General Arthur Summerfield was appointed in 1953, he found a Department in dire need of modernization. Between the Great Depression and Second World War, the Post Office had gone decades without funding beyond necessities. Mail volumes were exploding in the post-war era. Summerfield and the Department were playing catch up.

Summerfield was an enthusiastic supporter of finding new ways to process mail. His goal was to create a completely automated post office, the post office of tomorrow. The new building, to be located in Providence, RI, was nicknamed Turnkey, in the theory that it could be built and operated at the turn of a key. The post office was designed, built and operated on a contract with Intelex, an International Telephone & Telegraph subsidiary. It was a one-story building with only two supporting columns, to offer the maximum in machine and operating space. It was 420’ long, 300’ wide and 55’ high containing 126,000 square feet of space under its parabolic roof. Situated in an area crisscrossed by major transportation arteries, it would speed mail throughout Rhode Island and southeastern Massachusetts. It would be a town post office as well as distribution center. 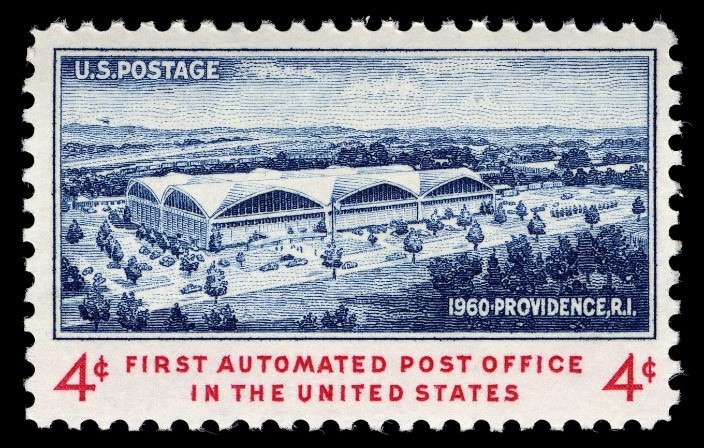 Turnkey would be the testing ground for machinery for future use in post offices across the country. Cullers separated the mail, stacking letters of similar size neatly in trays. Letters were then taken to the facing and canceling machines which scanned and turned each one so all stamps faced the same way for canceling. Trays of canceled letters then went to the semi-automatic sorting areas where operators coded in destinations and letters were conveyed into trays that were sacked for transporting. Parcels were dumped onto a conveyor belt for the Webb Parcel Post Machine and turned face up on pallets that traveled by conveyors to coding stations where sorting clerks entered codes based on the address and sent the parcels on their way to be sacked for traveling to their destination. The mammoth sorters could separate letters to any of 30 destinations and parcels to 31 outlets. The cullers and facer-cancellers could process 25,000 pieces of mail an hour, the letter sorter 18,000 letters an hour and the parcel sorter 4,800 packages each hour.

A basement under the south portion of the building had space for maintenance shops, electrical transformer banks, refrigeration plant and storerooms. The mezzanine along the front of the building above the lobby housed the administrative offices. The public lobby had stamp-vending machines and machines that weighed and stamped letters and parcels.

Political considerations were a major part of Project Turnkey. The post office was dedicated just a few weeks before the national elections. Interest and support in the project all but disappeared after that. Many of the plant’s processing machines were under-used or not used at all. The plant was unable to help the Department reconfigure mail processing in the area. It could barely serve Rhode Island. The building’s employees were not adequately trained to operate the new machines. A scamp tested the machines by mailing a letter posted with a stamp from Tsarist Russia on it and letting the press know after it had succeeded in going through and being delivered. Of course, that inspired others to try similar stunts, and a number of odd stamps entered the U.S. mails through the Providence post office before human eyes were assigned to assist the machines. 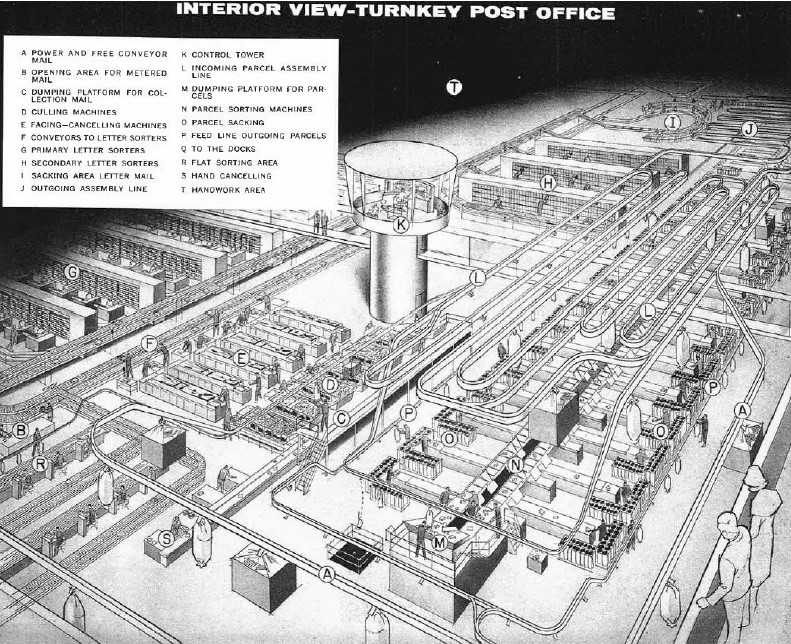 An article in the March 2, 1961 “Washington Post” titled “House Group Finds Automated P.O. ‘Fails Miserably,’” noted that the House Postal Appropriations Subcommittee had directed the Post Office to withdraw payments with Intelex Systems. The change from the Republican Eisenhower administration to the Democratic Kennedy one had not helped matters. Postmaster General Summerfield’s dreams of modernizing the Post Office gave way to Postmaster General J. Edward Day’s more grounded views of basic operations. Day noted that while Project Turnkey was advertised as a fully automated post office, it was not operating as one. In a jab at his predecessor, Day said “We don’t intend to start off our research program with a press release and then see if we can’t fit it into a pattern.”[1] Critics of the project took to calling it “ProjectTurkey.” 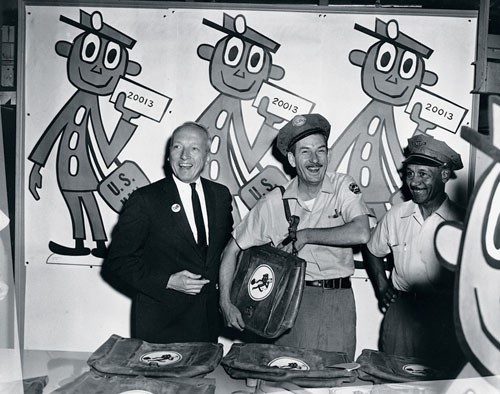 For a post office built to celebrate machine-operated mailing systems, the new Providence Post Office needed 1,500 employees to operate it, or 100 more than the old post office. That did not include the 70 Intelex employees who worked in the building. In his book, “My Appointed Round,” Postmaster General Day noted: “The problem with Project Turnkey was not so much its failure to live up to its advance billing as that advance billing itself. The project was set up as a postal laboratory in which to experiment with new equipment and new ideas. It was inevitable that some of the equipment and some of the ideas would not work. What made turkey out of Turnkey, however, was that the research program started off with a flurry of glowing press releases which set the pattern that the project was expected to fit. And it was a misfit, that’s all.”[2]