The Highway Post Office bus service was referred to as the “Modern Day Pony Express,” and was one the most technologically advanced processing and transportation systems that the Post Office provided.

At the turn of the last century railroads were king. They were used to transport everything from food to the mail. Mail clerks on board Railroad Post Offices (RPOs) would sort and distribute the mail while moving between cities, where local post offices would finish processing and then deliver the mail to its recipients. Signs for changes in this system began in the 1930’s when companies found that shipping goods by truck could be simpler, faster, and cheaper than the railroads. With this loss of business railroads began reducing the number of towns they covered, a move that was especially hard on rural areas. The Post Office needed to figure out a way to keep the mail moving into smaller towns; enter the idea for a Highway Post Office (HPO) bus. The HPO bus would operate the same way as RPOs, with clerks on board sorting and transporting mail and packages to post offices. It began in 1941 in Washington D.C. but grew throughout the country. It was one of the most technologically advanced processing and transportation systems that the Post Office provided. 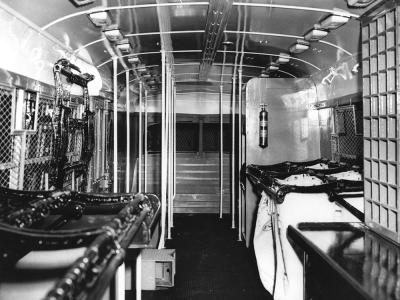 Learn more About Development of the Highway Post Office 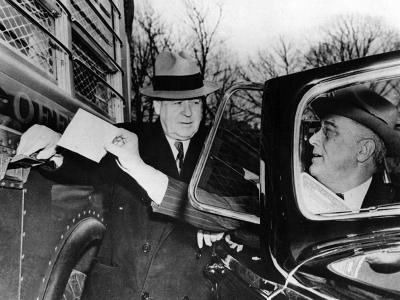 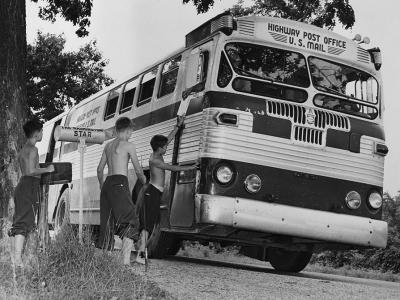 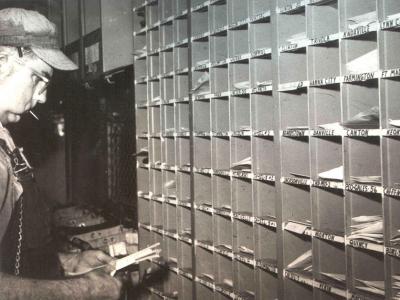 Learn more About Automation and Decline 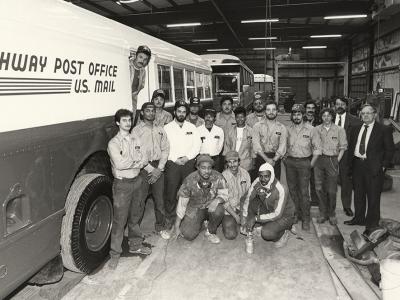 Learn more About The Museum's Bus

Development of the Highway Post Office ›
Back to Top