Pictures Worth a Thousand Parcels

Pictures Worth a Thousand Parcels:
An Examination of Postal Elements in the Farm Security Administration Photography Collection

When it comes to studying history, first-hand accounts are the best way to understand what a certain event or time period was like. Letters, journals, newspapers, and other written records are the primary sources used to study periods before the invention of the photograph in the early 19th Century.1 Any time after this period holds the promise of finding “windows into the past” so to speak. As the saying goes, “a picture’s worth a thousand words” and each historical picture can provide evidence to help academics decode broader national and local sensibilities at the time of the capturing. This is why the Farm Security Administration’s photography project is so important for historical examination.

When the Great Depression hit in 1929, the United States was thrown into turmoil. This turmoil began to lessen after the election of President Franklin Delano Roosevelt.2 After taking office, Roosevelt immediately started his sweeping plan for reform dubbed the “New Deal”. This New Deal created many different government organizations and established new federally funded projects in an effort to put America back to work. One of the agencies founded in 1937 under the Department of Agriculture was the Farm Security Administration. Previously the Resettlement Administration, the FSA “helped with rural rehabilitation, farm loans, and subsistence homestead programs” for poor rural Americans who had been affected by the Dust Bowl.3 Although it was not a relief agency in its own right, the FSA helped determine which farmers desperately needed loans to survive and also provided farming families with education and health care.4

Probably the most memorable program run by the FSA was its photography project. Started in 1935 (before the FSA was fully formed) Roy Stryker was tasked by Rexford E. Tugwell to head what would become the Historical Section of the FSA’s Information Division.5 Early on, it was important for the Farm Security Administration to have pictures of the poor rural citizens it was trying to help. This was the protocol so if any disgruntled citizen or lawmaker questioned the need for the organization, the evidence for its necessity was on hand.6 The goal soon adopted by the Information Division was to “introduce America to Americans.” With this motto Stryker hired his photographers and sent them out to different areas of the country. Their goal: photograph the American people and all aspects of their lives.  As stated before, the early years of the project were mostly focused on poor rural areas but as the years wore on, with the Depression eased up and WWII involvement began to brew in the U.S., the photographers were sent to other areas to document all types of life in the United States.7

Throughout the time of the photography projectt lasted about ten years), the goal remained the same. Photographers were to showcase America, the rich and poor, the good and bad, the rural and urban, and all other areas in between. This project goes down in history as the advent of documentary photography and all of the many people, places, and things, that were captured by the photographers’ lens aided in a broader understanding of what it was like to live in the United States in the early twentieth century.

Taking the FSA goals of documenting America and “showing America to Americans” in mind, it is interesting to investigate the large presence of postal elements found in the FSA pictures. (This is after all, a National Postal Museum intern executed project so postal elements will be the ones examined in this case.) From mailboxes to post offices and postmasters to package sorters, the United States Post Office Department was highly represented in the thousands of pictures found in the FSA collection. But why were there so many pictures with postal elements? What does this show about national and local feelings of U.S. citizens? What was the importance of the Post Office at this period in U.S. history? Why were photographers drawn to these subjects? All of these questions and more came up through the research of this project and the examination of the photos in question brought up many answers. 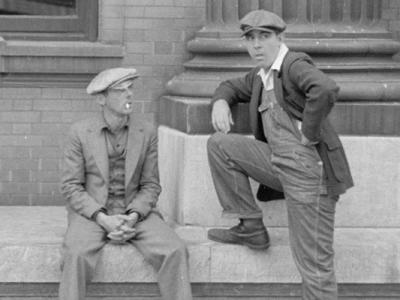 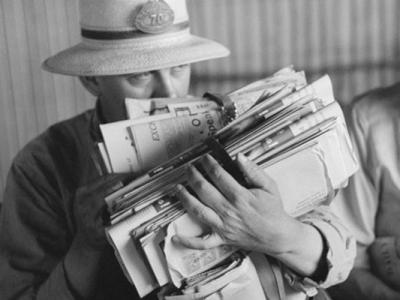 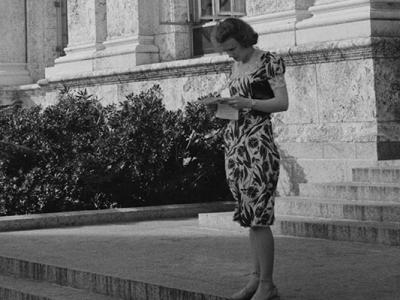 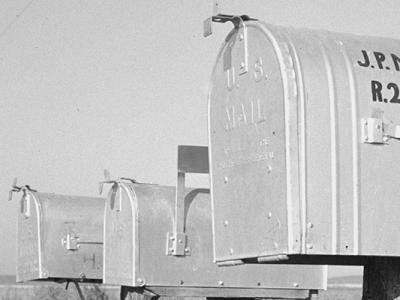 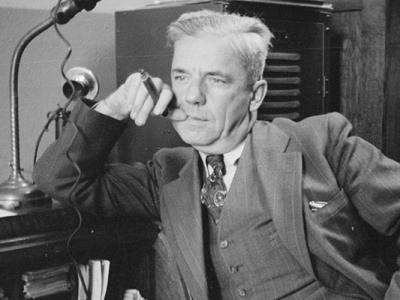 Pictures Worth a Thousand Parcels

Project Goals and Methods ›
Back to Top