Many of those who had remained faithful to horsepower in the flesh began to transfer their allegiance to horsepower beneath the hood.
–Wayne Fuller, RFD: The Changing Face of Rural America

As Rural Free Delivery service evolved so did transportation technology. America was entering the age of the automobile, where life was becoming fast-paced and demanding. With the introduction of automobiles and motorcycles into the RFD market, rural mail carriers thought they had found the answer to speeding up the tedious process of rural delivery. However, after seeing how quickly routes were completed when automobiles were used, the Post Office Department began combining and lengthening routes to decrease costs. Brands with high degrees of popularity, such as Harley-Davidson Motor Company and Indian Motorcycles, began cashing in on the RFD market.

The auto age saw a large integration of motor-powered vehicles into the RFD market.The popular “Indian Motorcycle” by Hendee Manufacturing Company was advertised for RFD service, claiming to have added structural improvements that both ease the rural mail carrier’s duties and epitomize why the company considers itself a leader in transportation. With words like “power, reliability, and ease of control,”(1) it is not hard to see why the Indian motorcycle became a featured ad in many issues of R.F.D. News. Furthermore, this company highlighted the many support features, such as “the benefit of service rendered by 2,500 Indian dealers and service stations.”(2)

The auto age brought expansion within the industry itself, with many companies offering more styles and variations of transportation than in previous years. For instance, many manufacturers boasted about their product catalogues, offering them freely and claiming theirs to be “the largest and most complete ever printed.”(3) Although advertisements for rural mail wagons did not disappear during this transition, the writing was on the wall. As motorized vehicles’ abilities to conquer bad weather increased, even those carriers who had kept their horse and sleds for use over snow-covered roads began to put their horses out to pasture, using their modern motor-powered vehicles year-round.

At first rural carriers were excited about the potential of automobiles for making their daily rounds. The quicker motorized vehicles let them finish their rounds in half the time! But it wasn’t long before the Postmaster General caught on and issued regulations doubling the length of automobile routes. 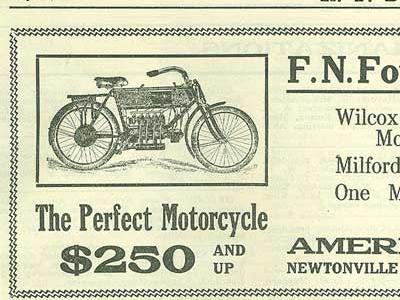 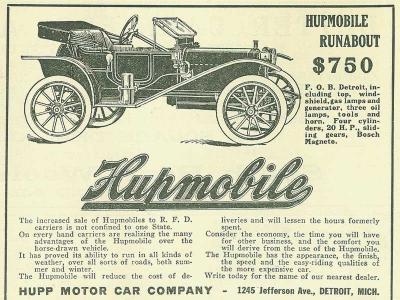 Driving into the 20th Century
‹ Mailboxes up Motorcycles ›
Back to Top