Mail on the Fly

Short, silent film demonstrating how "mail-on-the-fly" worked.
The original film is in the collection of the Library of Congress.

“The night was coal black, and it was awkward holding onto the mail sack with one hand, the other on the crossbar . . . watching for the faint glow of the light on the crane. . . . The wind tried to steal your breath away. . . . There was both relief and satisfaction when I heard the 'whing' of the pouch as it was snatched.”
—L. E. Davis, RPO Clerk 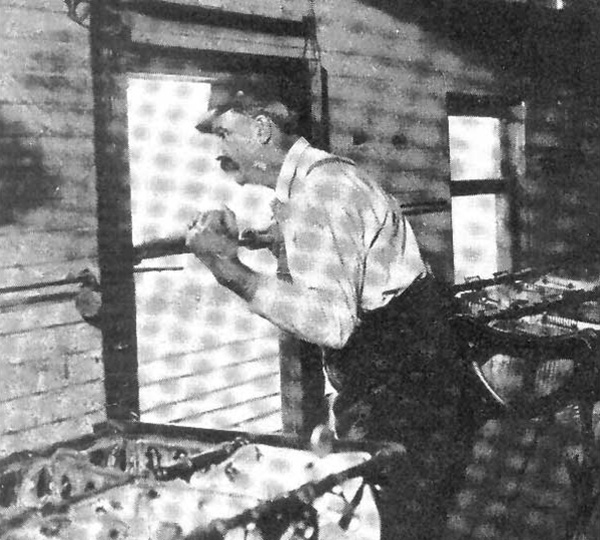 Clerks always knew where they were so they never missed an exchange. Courtesy of the National Postal Museum Library, Smithsonian Institution Libraries

As early as 1865, before the arrival of mail cranes, mail was exchanged on nonstop trains, but to do so, engineers had to slow trains down to a crawl so clerks could exchange the mail by hand. This system, both inefficient and dangerous, was soon scrapped. The first track side Railway Mail Service cranes were wooden, F-shaped, mechanisms. They were soon replaced by a simple steel hook and crane.

Here are some stories from former RPO clerks:

Donald Bresland:
And I worked on what they call the Concord and Claremont RPOs, it was a small line, it was a one man job. You first get on there you didn’t know…  where the next station was, anything like that. You had to be working all the time and watching out for the next stations and when you slowed down you’d know you were coming to the station. So a lot of those places there you didn’t stop, you had what they call a catch and a throw. You take a mail bag and throw one off, and raise the arm on the RPO and then catch the mail bag that the post office put up.

INTERVIEWER:
All the crews, all the guys got along together pretty well?

Ed Levy:
Oh yeah, yeah, very well. You had to, of course you were in close quarters and inside there was a 60 foot mail car, I think it was across, the width was I think about 8 foot, and you had a whole bunch of men in there, we had as many as 12 men, 13 men in there working, working the letter cases, working pouch tables, working paper tables, you know, distributing mail on the way up and on the way back.

Charles Hutchcraft:
On the train, the RPO, why, they call what they, they call a catch and throw, you call that, you catch a pouch of mail on the fly when you’re 80 miles an hour, you know, and then you put your hook out the window. Now that was something that was always exciting to me, I’ll never forget the first one, because that’s when we couldn’t even get insurance. If they knew you had a job like that nobody would insure you so you could get hurt awfully easy, so we’d start our own insurance, it still stands to this day. 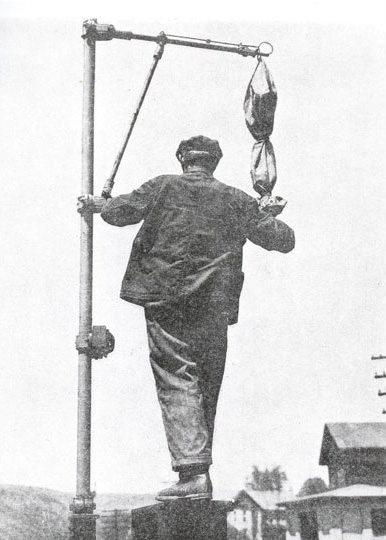 Postmasters climbed up steps to reach the top of the mail crane. If they did not attach the mailbag to both crane arms, a proper “on-the-fly” catch could not be made. 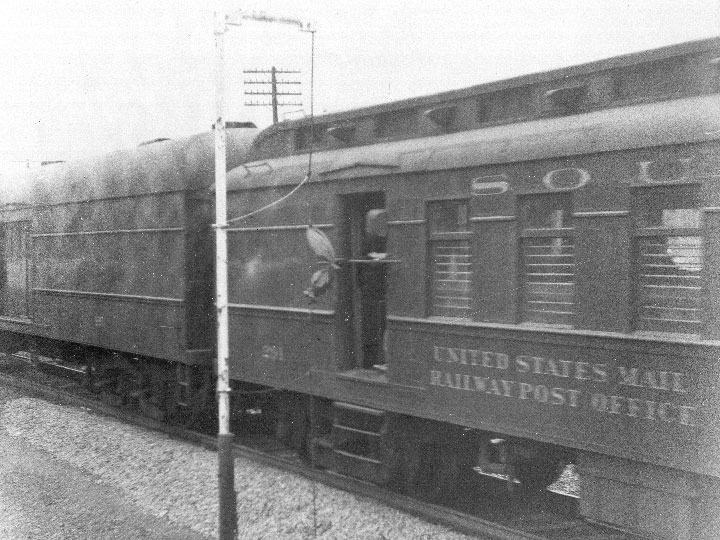 As tremendously successful as it was, mail “on-the-fly" still had its share of glitches. Clerks had to pay special attention to raising the train's catcher arm. If they hoisted it too soon, they risked hitting switch targets, telegraph poles or semaphores which would rip the catcher arm right off the train. Too late, and they would miss an exchange. Each missed exchange would net a clerk five demerits. 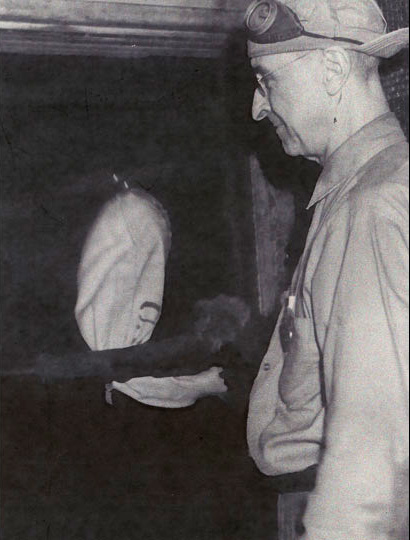 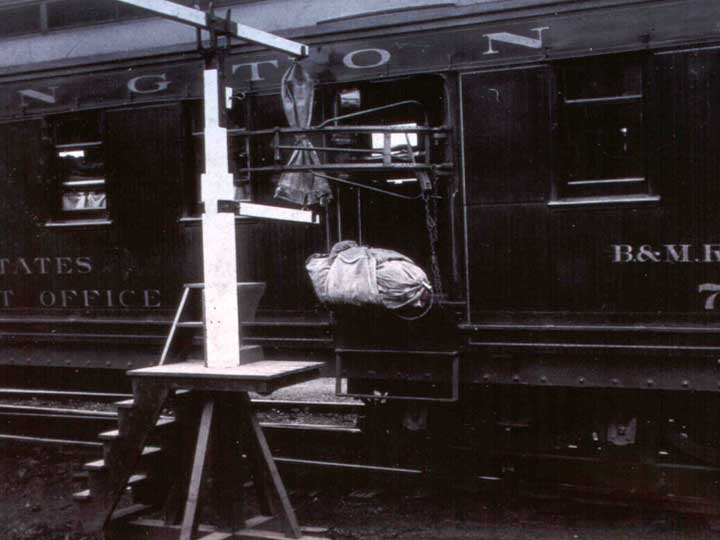 Missed exchanges were a special threat on a handful of eastern runs that had less than a minute between some exchanges. On single line tracks, mail cranes could appear on either side, and woe be the new clerk who, alertly looking out the right-hand side of the train, missed a series of mail cranes on the left-hand side. Experienced clerks on board night mail trains relied on the sound or "feel" of the tracks, knowing by the train's speed or the curves of the track how far away they were from a mail crane. 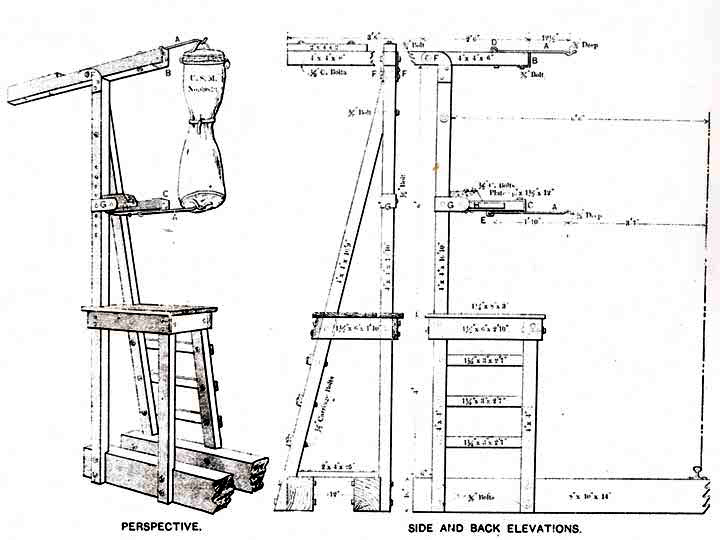 Exchanging the mail was a two-part process, after the clerk snagged the mail bag with the catcher arm, he had to toss out that station’s mailbag. If a clerk did not kick the mailbag out far enough, it could get trapped beneath the wheels of the train, bursting open and sending letters flying everywhere. The clerks called such small disasters "snowstorms." On the other hand, too much "oomph" could also be a problem. One poor clerk tossed the mailbag out with such force that it sailed through the bay window of the station house. Another kicked off his shoe along with the bag.

‹ A Day in the Life of a Railway Post Office Clerk up Time-Off, Schemes, and Exams ›
Back to Top