“A lot of times we couldn’t even get the doors open, because the door would be frozen between stops. And normally we would put some salt, you know, between the doors, so we could open them. Sometimes we couldn’t get it open.” —Charles Patton of Hillsboro, Alabama

There were certain hazards that Railway Post Office clerks had no control over. Inclement weather could strike at any moment and cause washed-out or snow-covered tracks. Flooded tracks could stop the mail for days at a time, resulting in delays in areas otherwise unaffected by the problem. Because mail on any given train could be en route to anywhere in the country, not just a stop on that line, bad weather caused mail delays everywhere. 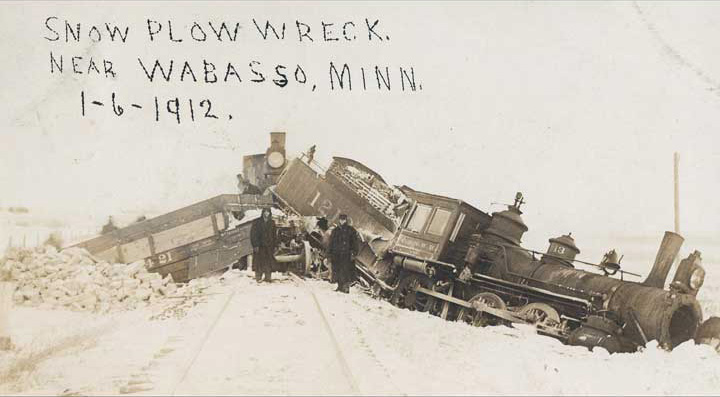 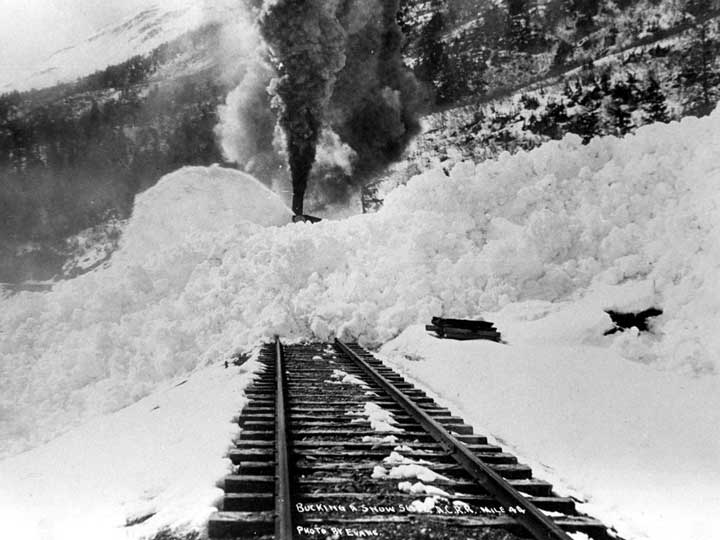 In 1899, an immense snow storm throughout New York state caused mails from the South and West to be greatly delayed. Further delays were a problem as desire to deliver the mail as swiftly as possible led to mixing mail bags. Days after the snow had stopped, trains entering Buffalo were still two or three hours late. Regardless of these problems, mail leaving the area was still dispatched successfully and on time.(1) 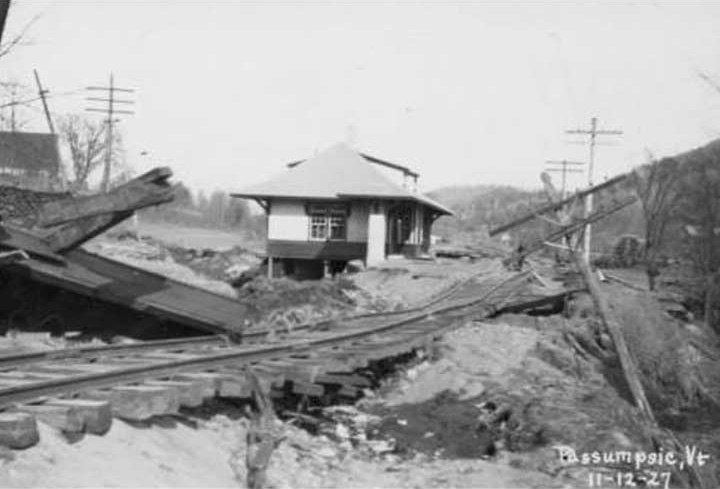 Even in times when the weather wasn’t stopping the train, RPO clerks still had to endure some pretty uncomfortable conditions. While the cars were supposed to be heated in the winter through steam pipes, these frequently did not work. Oftentimes the temperature in the car directly reflected the temperature outside. This meant freezing cold in the winter and stifling heat in the summer.

“It was awful hot in the summertime, cause again, we didn’t have air and after the car would be sitting there in the sun all day, that metal car, it was pretty hot.” —Edward West of Soddy Daisy, Tennessee

Listen to former clerks talk about their experiences with extreme weather in the Railway Post Office:

Aubrey Booth:
Well, in the wintertime, of course, it got pretty cold, and I’d see a lot of ice falling on the floor of the work trains that were the mail trains that we were on, the mail car, and but most of the cars we ran, this was in the early sixties, mid sixties, and most of these cars were like built before World War I, I mean II, World War II, between World War I and World War II, so a lot of them were old cars. Didn’t have much heat in ‘em…

Joseph Gomez:
The conditions were horrible. Because you did have fans overhead in the old mail cars, but they were hot. In the daytime they’d have ‘em out in the sun, let’s say out in the yards in New York, and they would bring ‘em in, it was very hot. But you couldn’t turn the fan on, because it was dusty. And all it would do is blow the dust up and nobody wanted the dust, so we had that to put up with. And everybody loved it when we got out of Grand Central and got out onto 125th Street and got a breath of air at night, you know. But, I’ll take you the other way, too. Coming down, say from Maine in the middle of winter, sometimes our steam lines would freeze up and we wouldn’t have any heat in the car and then if there was an icy period, you couldn’t get the doors to shut all the way, and so we would have a lot of inconvenience, both from a weather standpoint, and the heat and the cold. But we were told to put up with it.

William Maurer:
The physical conditions were, in summertime, it was very uncomfortable because the cars were made of steel, the mail cars, and a lot of times we’d go to work maybe two hours before the train left, and in the afternoon in Georgia that’s pretty hot with the sun beating down on the mail car. So it was like an oven in there until the evening when the train left and it cooled off. But the conditions were not ideal, but the way of life and, I don’t know it was just a different… don’t ask me to… we were one level higher than you make, of course we had to do our own paperwork, we had to carry firearms and so forth and so on, so there was more responsibility than a clerk in a stationary unit.

Edward Rountree:
I don’t remember any what you’d call dangerous, no. No threats or robbery or anything like that. Weather wise the most of my running was in Florida, we had a hurricane or two, but you know, nothing really devastating really stands out in my mind. I remember how heartbroken I was the first time I saw the results of a real hard freeze. Our run went right through the heart of the orange belt country, and you would go through and see all those trees wiped out, it just breaks your heart sometimes. Things like that you know.

Joseph Kitts:
We carried a lot of money with Bureau of Engraving to the Federal Reserve and we all, everyone of us had a pistol, everyone one of us had a gun, so anyway. Then there was one time I had a hand to hand register, to be a hand to hand register that register had to be over a million dollars and President Eisenhower was coming into Washington. They stopped me out in the railroad yard with that gun and all that on and they wouldn’t let me go into the post office there, where the museum’s at today. Anyway, I can understand that, so. That was a lot of years ago, so anyway.

‹ Robbery up Oral Histories ›
Back to Top