The Civil War opened career opportunities to women serving unofficially in the postal system in small numbers. With the men fighting at the front, women were hired to temporarily fill in the vacancies. They were also employed out of “charity for those whose husbands or sons had been their sole support.”1 Postmaster General Montgomery Blair particularly recognized their extraordinary work throughout the war effort. In 1862, he was the first high official to begin assigning women to the Postal Departmental headquarters operations in Washington, D.C., particularly the Dead Letter Office. Montgomery praised the women for their “fidelity and care, saying they were more faithful in the performance of their duties than the men.”2 Eight female clerks were immediately hired.

The Dead Letter Office employed the highest number of women in the U.S. government. In 1865, women clerks outnumbered the men 38 to 7 in that office. The first woman hired was Mrs. Adeline K. Evans, who worked over 30 years in the office. Her salary of $600 per year,3 was lower than that of men doing equivalent work in the Department. Vinnie Ream, the talented 15-year old who was commissioned by Congress in 1866 to sculpt a life-size statue of President Lincoln, had also worked as a clerk in the Dead Letter Office to support her family. As A.W. Machen addressed in his speech before the National Woman’s Suffrage Convention in 1898, “the Dead Letter Office is largely in the hands of women.”4

Records from the Historian Office at the United States Postal Service showed an increase in the number of female postal clerks in the headquarters office, 16 out of a total of 32, by 1863.5 Women clerks earned from $400 to $700 per year, “on average about 35 percent less than their male counterparts.”6 On September 30, 1863, the number of women clerks had doubled, the highest paid female clerk was Miss O. Jordan at $700 per year. A New York Times article titled “Woman as Government Clerks” from February 18, 1869, discussed the income and labor disparity between the clerks.7 In the Dead Letter Office, men who received higher salaries were responsible for opening the mail, while the mostly female clerks responsible for the detective work of tracking down addressees received lower salaries. A 1869 New York Times editorial arguing for equal pay for women workers remarked sarcastically that female Dead Letter Office clerks were denied the higher paid “mechanical work” of opening letters because “as is said, immoral things are sometimes found in [the mail, and] to see these things would, it is supposed, corrupt the morals of women.8

It was not until 1866 that the Congress-issued Postal Laws and Regulations first mentioned women postal workers. In comparison, the following two laws illustrate the changing expectations of women in the postal system:

In Chapter 1, under the heading “Appointment of Postmasters,” Section 3 states:

“No person can be appointed postmaster who cannot legally execute an official bond, and take the required oath. Minors and married women are, by law, incapable of holding the office of postmaster.”9

Seven years later, the regulations noted that married women could, after all, be potential bond holders. In Chapter 2, under “Appointments,” Section 13 states:

“Minors are, by law, incapable of holding the office of postmaster; but the postal law (Sec. 65) provides that married women may be appointed postmasters, and bonds executed by them, as such officers, are declared to be valid.”10

Federal legislation authorized heads of government departments to appoint female clerks in 1873, which included “equal pay for equal work.”11 According to activist Belva Lockwood, however, federal laws were neither being enforced nor heeded. In 1870, male and female clerks at the Department’s headquarters were still earning different salaries. In class 1, the lowest tier in the Post Office, males earned $1,200 annually, compared to women’s $900 a year.

The distinction between male and female postal employees was made very clear in the public space as well. In David Henkin’s The Postal Age, the government had used “architectural attempts to keep the movements of women out of general view.”12 Separate windows and counters were built in post offices to segregate male and female customers as well as male and female clerks. Letter writing, which had become a popular activity for nineteenth-century women, increased the number of women using the mail. Across the nation, federal architects were commissioned to construct separate public spaces for men and women. San Francisco post offices even had a separate counter “established for men collecting letters addressed to women.”13 The ladies-only windows actually had female clerks, who did not appreciate men coming to the window, asking for letters addressed to their “lady friends.”14

As the nineteenth century was coming to an end, women had become more visible in the Post Office Department. The Postal Record in 1895 reported that “feminists and suffragettes demanded that women be allowed to work as letter carriers,” with little result.15 As the suffragist movement was preparing for the national convention where they would draft statutes to allow women to vote, changes were being made in the post office. By 1897, women served in over 165 positions in the Washington, D.C. headquarters building. Postmaster General Heath, continued to express reservations about women in the service: “Rural free delivery should not start from an office over which a female postmaster presides. There is always laxity in supervision and disinclination to report delinquencies.”16 Despite slowly broadening opportunities in the Post Office Department, women were still subjected to strong disapproval and discrimination within the system. 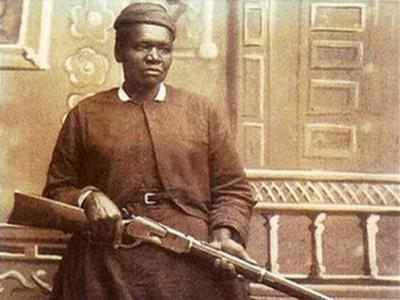