Throughout the United States—on post office walls large and small—are scenes reflecting America's history and way of life. Post offices built in the 1930s during Roosevelt's New Deal were decorated with enduring images of the "American scene."

In the 1930s, as America continued to struggle with the effects of the depression, the federal government searched for solutions to provide work for all Americans, including artists. During this time government-created agencies supported the arts in unprecedented ways. As Harry Hopkins, Roosevelt's relief administrator said in response to criticism of federal support for the arts, "[artists] have got to eat just like other people."

Often mistaken for WPA art, post office murals were actually executed by artists working for the Section of Fine Arts. Commonly known as "the Section," it was established in 1934 and administered by the Procurement Division of the Treasury Department. Headed by Edward Bruce, a former lawyer, businessman, and artist, the Section's main function was to select art of high quality to decorate public buildings—if the funding was available. By providing decoration in public buildings, the art was made accessible to all people. Post offices were located in virtually every community and available for viewing by all postal patrons—which made post office murals a truly democratic art form. Artists working for the Section were not chosen on the basis of need, but through anonymous competitions where the national jurors were often other artists. Although considered open competitions, restrictions were often attached to entries. For smaller competitions, the jury might consist of the postmaster, a member of the architectural firm, and a prominent citizen. Artists were also awarded commissions based on designs submitted for previous Section competitions. They were often paid for completing a work in a specific post office or federal building. One percent of the building construction funds was to be set aside for "embellishment" of the federal building, and artists were supposed to be paid from these funds.

Mural artists were provided with guidelines and themes for executing their mural studies. Scenes of local interest and events were deemed to be the most suitable. Artists invited to submit design sketches for a particular post office were strongly urged to visit the site. However, this was not possible for every artist. Distance, expense, or family commitment prevented many artists from actually traveling to the community. Once awarded a commission, the mural artist engaged in an often lengthy negotiation between the Post Office Department, the town, and the Section before finally getting the finished mural on the wall. Many local communities deemed the approved designs unacceptable due to theme, content, method of expression or design elements. Artists were constantly reminded that the communities were their patron and they went to great lengths to satisfy the desires of everyone involved in the project in order to save their commissions.
Genre themes were the most popular subject matter for post office murals. Americans shown at work or at leisure, grace the walls of the new deal post offices. Although the mural program was inspired by a Mexican mural tradition strongly affected by social change, the hard realities of American life are not illustrated on post office walls. Scenes of industrial America, for instance, avoid tragic portrayals of industrial accidents. Social realism painting, though popular at the time, was discouraged. Therefore, the very real scenes of jobless Americans standing in bread lines are not to be found on post office walls.

But, if the tragic was to be avoided, the heroic was to be celebrated and embraced. Historical events and daring and courageous acts were popular themes. One unusual depiction of a local hero is featured on the wall of the West Palm Beach post office. The Legend of James Edward Hamilton, Florida's barefoot mail carrier, is told on six narrative panels. The artist, Stevan Dohanos, rendered the story of the brave and enduring postman who delivers the mail against all odds. In fact, on October 1, 1887, Hamilton lost his life while on his postal route.

In Band Concert, by Marion Gilmore, the mural artist portrayed an idealized view of small town America. Gilmore, one of only a few female mural artists who worked for the Section, shows the residents of Corning, Iowa gathered about to listen to an evening band concert in their town square. The original design, which won the commission, drew inspiration from typical Iowa town squares. It was not, however, an accurate depiction of the square in Corning where the mural was to be installed. Her study added an obelisk and a cannon where none existed in Corning. The Section encouraged Gilmore to change her design to more accurately reflect the Corning town square. Her finished mural eliminated the offending additions. The Study for Band Concert indicates the mural's eventual placement. Most small town post office murals were constructed around the postmaster's door. And, this is where Gilmore's finished mural was eventually hung.

Many post office murals have vanished over the years. Others are in need of repair. Fortunately, there has been a renewed local interest in the depression era murals. These murals provide local communities with a colorful record of their heritage and give us all a glimpse of the American public's taste during a fascinating time in our nation's history. 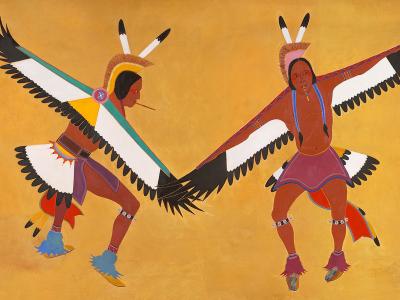 Exploring a Community’s Past through Its Post Office Mural