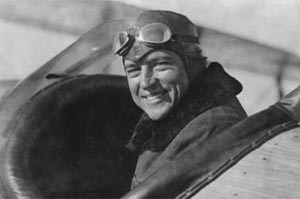 Arthur Smith took part in the August 21-24, 1923 experimental day and night transcontinental service, carrying mail from Cleveland to Chicago on the first day of the service. Smith was a long-time flyer, having flown as an exhibition pilot at the 1915 San Francisco World's Fair, and later at Tokyo, Japan. Quiet, steady, and dependable, Smith was on the opposite end of the spectrum of show-off pilots like Hopson and Pomery.

Sadly, Smith was killed on February 12, 1926 when the Curtiss Carrier Pigeon aircraft he was flying from Chicago to Bryan, Ohio, hit a grove of trees near Montpelier, Ohio. 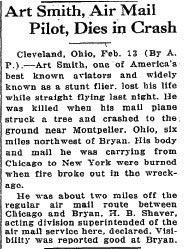