Walter J. Smith was one of the pilots who flew the mail on the August 1921 day and night transcontinental airmail service. Smith flew the mail in wretched weather on the leg between Cleveland, Ohio and Chicago, Illinois.

Smith later died while trying to impress the spectators at a state fair. Postal authorities had granted their permission for him to carry mail from the Indiana State Fair in Indianapolis to Cleveland, Ohio. Smith banked strongly at 200 feet, which was too much for the de Havilland. Smith died from his injuries the next day. 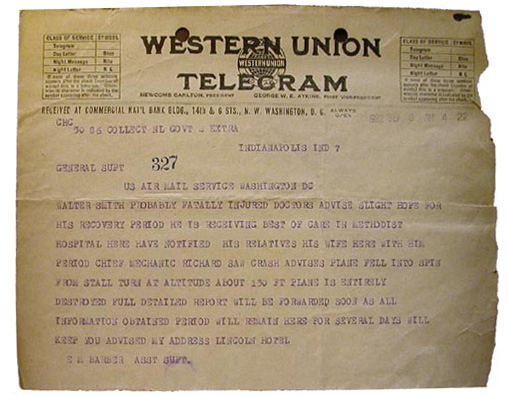