Thanksgiving in the Air

On November 28, 1918, a group of aviation fans and the Superintendent of the US Airmail Service held the first Thanksgiving dinner on board an airplane. At 1 p.m., the group took off in a three-ton Handley Page bomber that had been transferred to the Post Office Department. The plane, which was intended for use carrying mail on the upcoming New York and Chicago route, instead carried a group of men and a traditional Thanksgiving dinner. 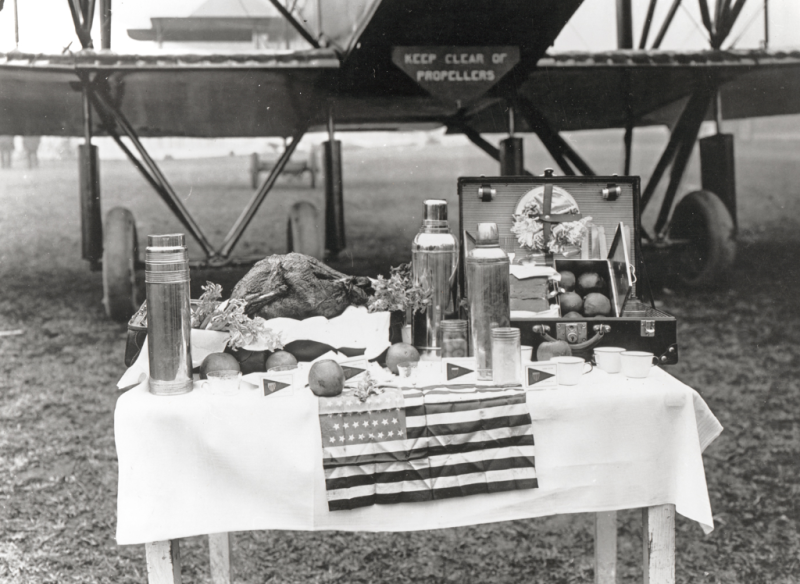 The day’s Thanksgiving feast was set out on a table prior to being loaded into the Handley Page aircraft. 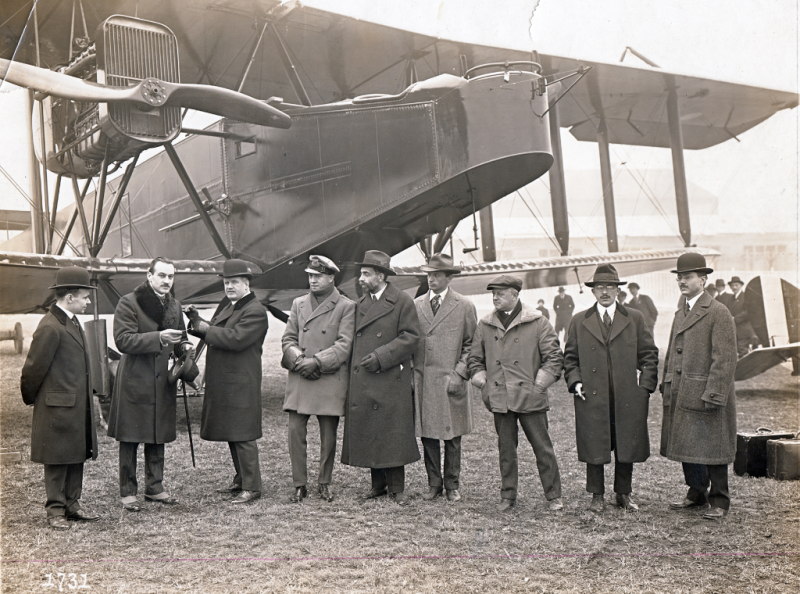 “We who are having Thanksgiving ceremony and dinner on board of the three-ton Handley Page postoffice [sic] mail aeroplane, extend our heartiest congratulations on inauguration of the Aerial Age by the postoffice department. A new epoch has dawned for the commerce of America and of the whole world. We all join in Thanksgiving for the stupendous victory achieved and for the realization of our hopes, which we confidently believe will be soon followed by results of the utmost benefit to civilization when the marvelous developments in military aeronautics are turned to utilitarian purposes and aerial mail service is established throughout the United States.”

Lipsner and his aviation-loving buddies decided to celebrate Thanksgiving day a bit differently in 1918. All of the participants were friends, as well as strong supporters of the airmail service and friends. Lipsner, always the showman, came up with the idea and invited a handful of gentlemen to join him in the air on Thanksgiving day. The Post Office had just received the Handley Page from the army. At the time, the Post Office was not even receiving enough airmail to fill the much smaller Standard JR-1B or Jenny JN-4H aircraft they were using. In the end, the Handley Page was a washout as a mail plane, costing far more money in gas than the small amounts of mail it ended up ferrying. It never did carry the ton and a half of mail it could hold. 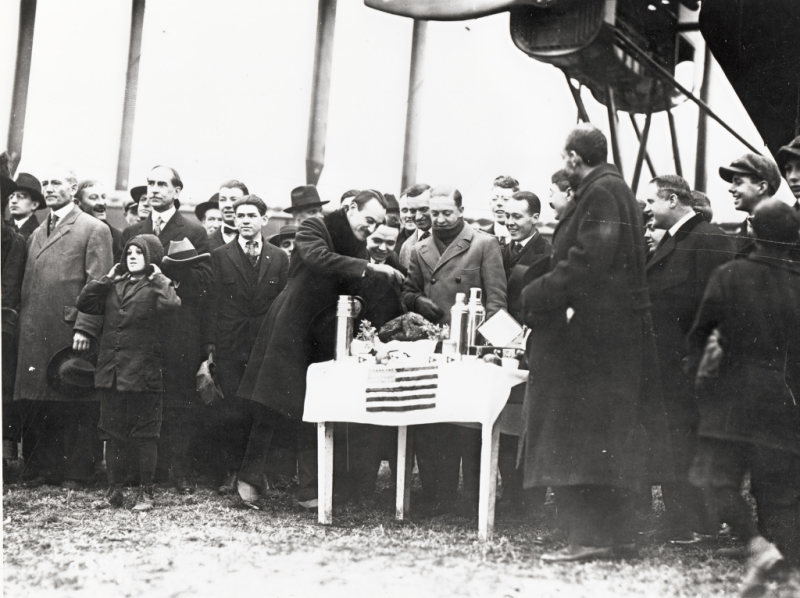 Benjamin Lipsner appears to be beginning to carve the turkey while the meal is still on the ground. 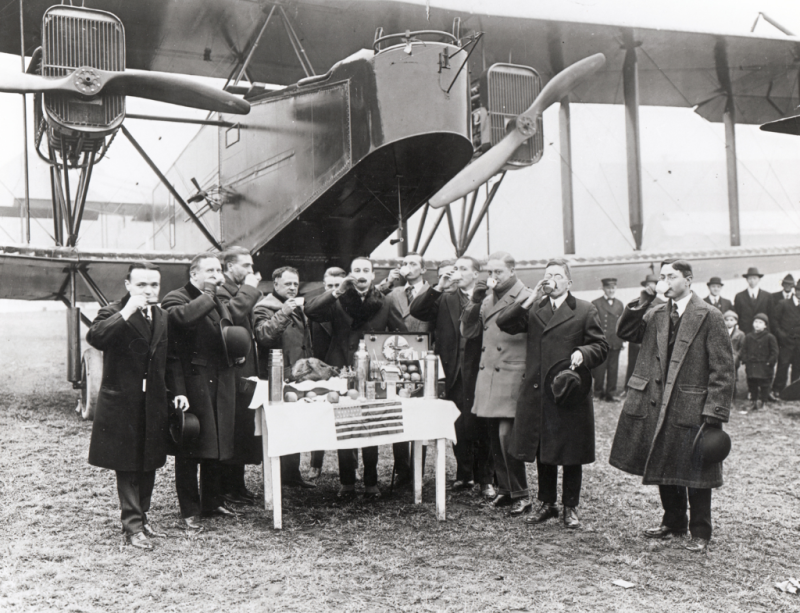 The group drinking a toast before their aerial Thanksgiving dinner.

Before the in-flight lunch, a Standard airplane took off with mail, heading for Washington, cheered by a crowd on hand to watch both events. Hawley presented Lipsner with a button signifying membership in the Aerial League of America and the group posed with their feast and drank a toast to the project and to fliers around the world. Reports called the dinner a “typical Thanksgiving turkey-dinner.” There were no reports on any broken cutlery or spilled drinks.

"Postmen of the Skies" is currently on view at the National Postal Museum. The exhibition celebrates the centennial of the world’s first regularly scheduled airmail service and the brave pilots who risked their lives flying the mail.

Airmail Service Holidays
Back to Top