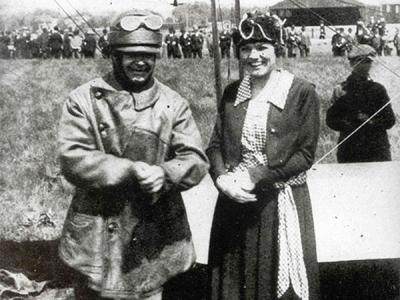 On a beautiful spring morning in 1918 thousands of people were on hand to view a pilot take off from Potomac Park, Washington, D.C. The pilot, Lieutenant George Leroy Boyle, would be carrying sacks of mail to begin the nation’s first regularly scheduled airmail service. Boyle was one of a handful of Army Air Corps pilots were tapped to fly the mail for the Post Office Department that day. 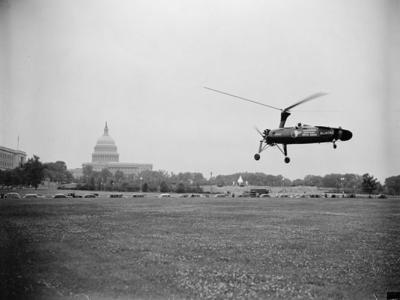 A rural letter carrier made news when he landed his gyrocopter on the US Capitol grounds in a protest call for campaign finance reform. The carrier was immediately arrested and did not have a chance to deliver his protest mail. This was not the first time such a device was used to carry the mail. Although it was the first wildly unsanctioned one.

Learn more About Autogiros and the Mail 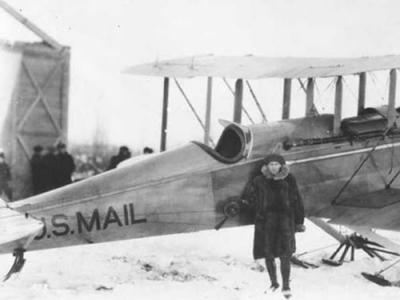 Ben Eielson was an aviation pioneer. Known as the "Father of Alaska's Airmail Service," he was born in Hatton, North Dakota in 1897. Like many other young men, Eielson enlisted in the armed forces when the U.S. entered the First World War, ending up in Signal Corps' aviation section. After the end of the war, Eielson took to barnstorming, as did several other ex-military pilots. There wasn't much money to be made in that line of work, and after a few years he decided to accept a teaching position in Alaska. 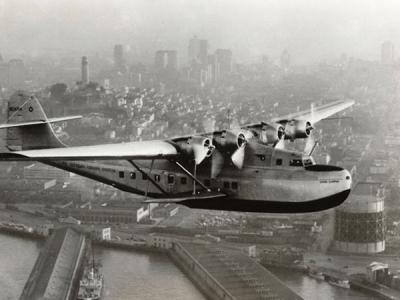 November 22, 1935, a plane took off from San Francisco heading to Hawaii. A regular event today, but in 1935 aviation was still in its early years and the plane that took off that day quickly captured national and international attention. The China Clipper was the first commercial aircraft to establish a regularly travel route from across the Pacific. The “China” Clipper was somewhat of a misnomer. The route extended from San Francisco through Hawaii, Midway, Wake and Guam before ending in the Philippines, not China. This route was selected because it was an “all-American” flag route. The China Clipper was the first of a series of flying boats owned by Pan American airways that crisscrossed the Pacific beginning in 1935. The boats were named for the clipper sailing ships of the mid-19th century, the speedy trading ships.

Learn more About The China Clipper