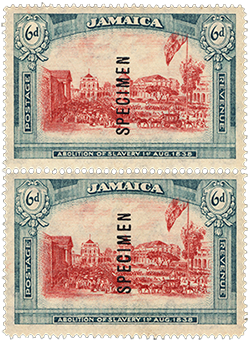 In 1921 Jamaica planned to release this stamp marking the abolition of slavery. It was cancelled at the last moment when falling sugar prices led to unrest among sugar and dock laborers, who were mostly black. The following year a stamp showing Port Royal in 1853 replaced the original stamp. 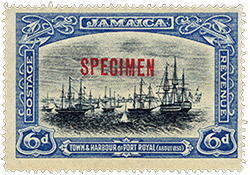 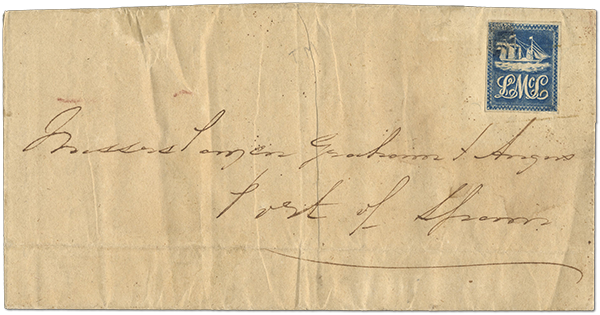 The captain of Lady McLeod, a paddle steamer that carried mail around Trinidad, issued this stamp privately. A later collector painted in details where the corner of the stamp was torn off to cancel it. Only about 40 of these stamps are known to exist on their original covers. 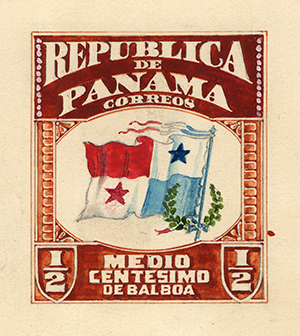 This original artwork for Panama’s 1906 ½-centesimo stamp came from the archives of the printer—Hamilton Bank Note Company in New York. Panama adopted the flag shown here after the nation gained independence from Colombia in 1903. 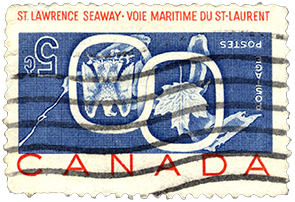 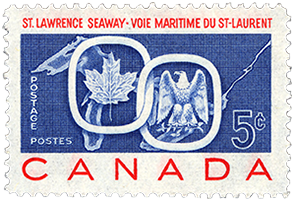 Canada and the United States jointly issued a stamp to honor the 1959 opening of the St. Lawrence Seaway. During the printing of the Canadian stamp, a few sheets were fed into the press upside down—inverting the image. The inverted stamp here is one of only 24 that were actually used.

One of Mexico’s Rarest Stamps 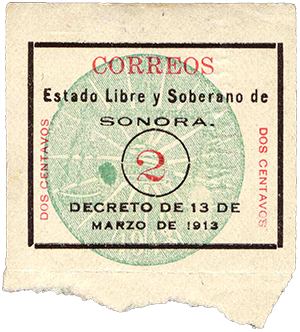 Victoriano Huerta seized Mexico’s presidency in 1913, and the state of Sonora became a stronghold of northern opposition forces led by Alvaro Obregôn. Revolutionary postage embossed with the word Constitucional demonstrated Sonora’s anti-Huerta sentiments. This example, one of two known unused copies of this variety, is among Mexico’s rarest stamps. 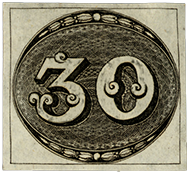 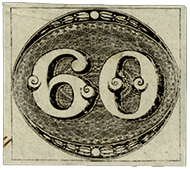 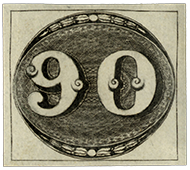 These 1843 Brazilian “Bulls-eyes” are the first national postage stamps issued in the Western hemisphere. They were engraved and printed on a press that was confiscated by Brazilian customs officials and given to the nation’s mint. The elaborate engraving behind the numerals makes forgery difficult.

Steamships Come to the Pacific

In 1847 the Pacific Steam Navigation Company ordered ½ and 1 reales stamps for mail carried by Chile and Peru, the first Pacific steamships. The printers (Perkins, Bacon, and Co. of London) prepared these essays, but the company never issued the stamps.

Americas
‹ Africa up Asia ›
Back to Top