In memory of the 75th anniversary of the Hindenburg disaster, Dr. Horst Schirmer, one of the airship’s passengers, visited NPM’s special exhibition, Fire & Ice: Hindenburg and Titanic. Dr. Schirmer, a physician at Johns Hopkins, was only six years old when he flew on a Hindenburg test flight to evaluate a new propeller design. His father, Dr. Max Schirmer, had been one of the zeppelin’s technical designers and flew on many zeppelin flights. He was a wind tunnel expert who studied aerodynamics during the era that streamlining emerged as the cutting edge technology.

Dr. Schirmer toured the exhibition with Dr. Cheryl Ganz, Chief Curator of Philately. He remarked that “the one word he would use to describe the exhibit is fantastic!" He was impressed by how a fairly complicated story for a small space was arranged to flow, capturing how the individual passengers and the crew members became partners to survive the disaster. Below are some of his remarks. Compare them to your own impressions of the exhibit and the web story that accompanies Fire & Ice.

"The exhibit’s design to tell the story in way that would be relevant to a younger generation struck me as the most important aspect of your Fire & Ice exhibit. I was quite taken seeing how it brought the stories of the survivors to the front of the “stage,” primarily because I had never thought that way about the few that made it home. I found it very much thought-provoking."

"I had never really thought about a MAIL ROOM! Much less THE mail room! Where it was, how important it was (to the success of lighter than air travel), much less the complex process by which the mail was handled once it was on board. I certainly was aware that mail revenue was crucial to the operating finances, but I didn't realize how it all was accomplished! The location of the mailroom above the control gondola was a complete surprise! This was all new to me, I admit!"

"My father would have been amazed at the interest shown today in what was his life and livelihood some 75-100 years ago. Those who worked on the zeppelins believed that they would change the way of the world, and Fire & Ice reveals how so much of that story has to do with the PEOPLE that made it happen. It wasn't just the machine." 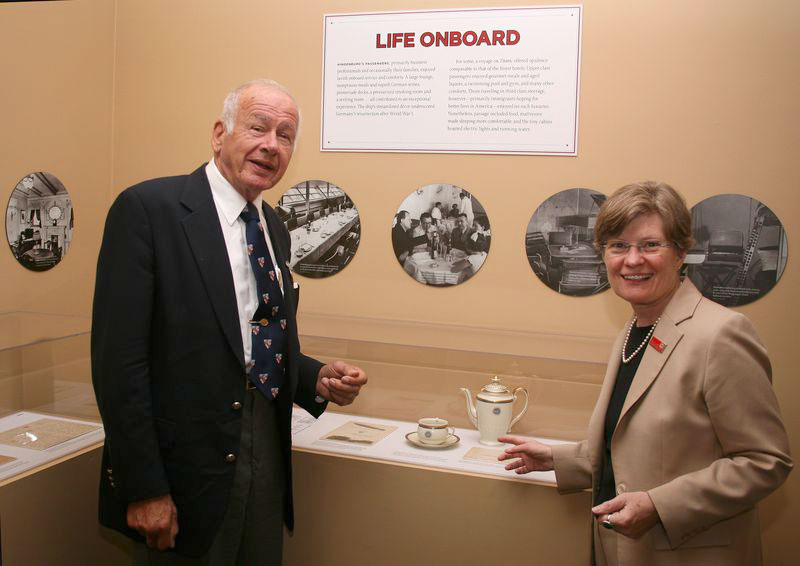 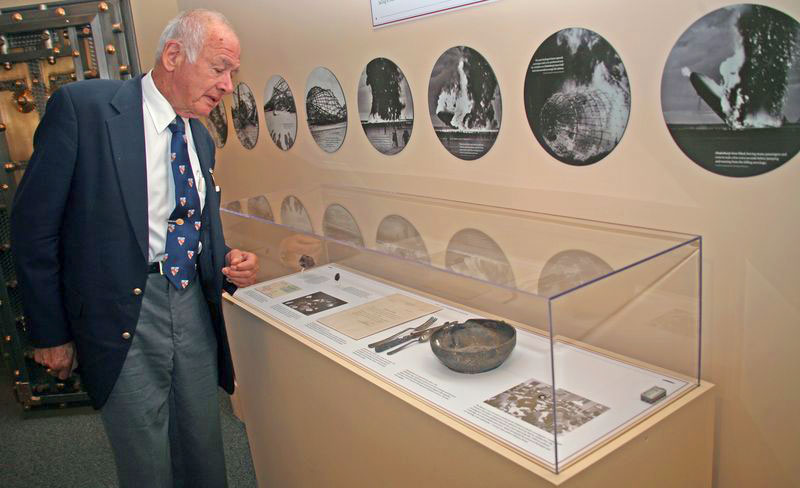 Dr. Horst Schirmer examines relics salvaged from the zeppelin Hindenburg’s wreckage after its disaster on May 6, 1937. 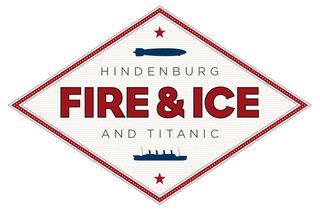