John F. Milatzo was the last Air Mail Service pilot to die before the service was turned over to contractors. He was flying on April 22, 1927 when snow and sleet collected on his plane, forcing him to land at night. He crashed, and his plane exploded into flames. 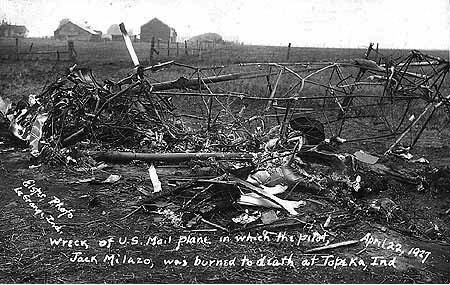 This scattered wreckage was all that remains of John Milatzo's fatal crash. 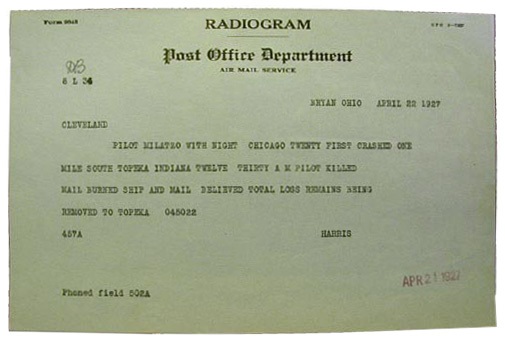 In this telegram, dated April 22, 1927, airmail officials learned of Milatzo's tragic death. Milatzo died while flying the night mail from Chicago.
- Courtesy of the National Archives and Records Administration