Docent Training of a Different Sort

Seven members of the NOVA Council of the Blind enjoyed a nice afternoon at the National Postal Museum on Saturday, April 24th, helping the Postal Museum’s docent staff develop skills in working with low-vision and blind visitors. Nine of the museum’s docents attended the tour and training, and the high participation tells me that this is a subject we should continue to explore. 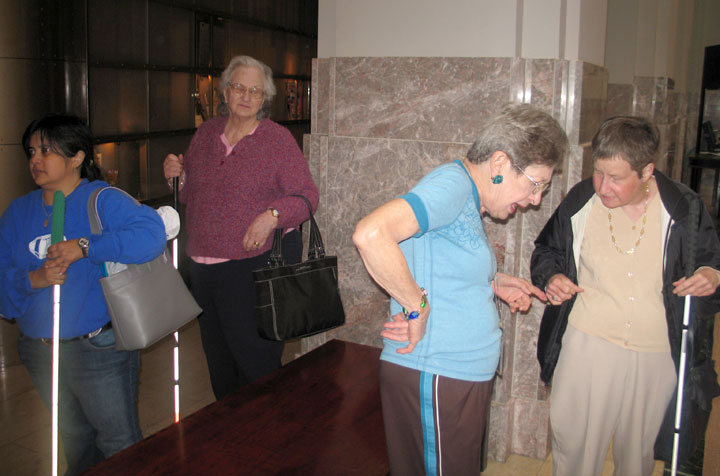 The afternoon began with a discussion about working with visually impaired visitors. The NOVA Council members took turns discussing engagement strategies and some of the pitfalls that they’ve personally experienced. Hearing the first-hand accounts from members of the visually impaired community really helped the docents understand how to best offer assistance and accessibility to the museum’s themes, exhibits and collections. After the discussion, each visually impaired person paired up with a docent to tour the museum. Of particular interest to the NOVA Council members were the tactile objects on display, including mailboxes, a stagecoach, train, mail truck, and even an ornate statue. Some of these objects are not meant to be touched, but we bend the rules a little for people that see with their hands.

For many of the docents, it was the first time they had guided a blind visitor and they learned tips such as:

Docent Ida Marie Giusti had this to say about the experience: “After my afternoon touring with Marie from the NOVA Council, I have more of an appreciation of those with vision impairments and hopefully can give tours that suit their particular needs. Marie told me to “just treat her like any other visitor,” and those simple words really had a big impact on me. 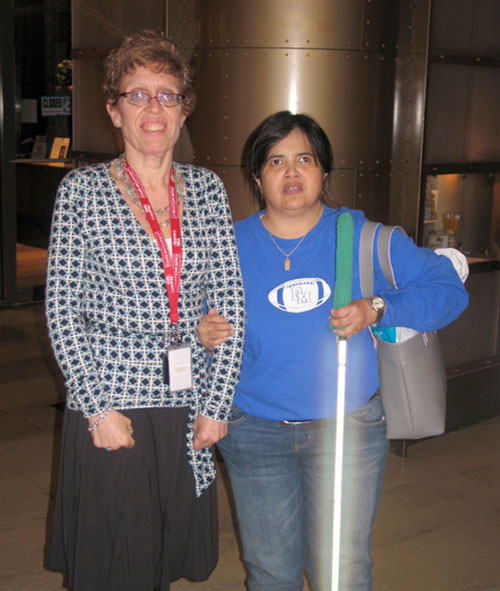 Vicki Ratcliffe, the President of the NOVA Council for the Blind, commented “I want to commend the Postal Museum for trying to ensure that accessibility exists at their facility. In many museums exhibits are behind glass and are not accessible for blind visitors. Having sessions such as this one enables sighted people to become aware of the needs of blind people and we look forward to assisting the museum with accessibility needs in the future.”