On April 18, 1891, near Kipton station, 40 miles west of Cleveland, Ohio, the fast mail train #14 collided with the Toledo Express. The fast mail was running at full speed, and the Toledo express was almost at a spot where it would traditionally pull over on a siding to let the fast mail pass. The massive collision killed nine men, six of them postal clerks working on the fast mail train.

A line of freight cars and the station itself may have impaired the vision of the engineer of the fast mail train. He apparently applied his breaks as soon as he saw the Toledo express on the road, but it was too little, too late. According to one newspaper report, “The engine of the Toledo express was knocked squarely across the track, and that of the fast mail reared in the air, resting on the top of the other. The fast mail consisted of three mail cars and two parlor cars, and the Toledo express of five coaches and two baggage cars. The first and second mail cars were telescoped and smashed to kindling wood, and the third crashed into the first two and rolled over on the station platform, breaking the windows of the building.” (1)

The Railway Mail Service clerks killed in the wreck were all from Ohio. They were Frank Nugent of Toledo, J.L. Clement of Cleveland, James McKinley of Conneaut, and Charles Hammil, John J. Bowerfield, and Charles L. McDowell, all of Elyria.  This horrific wreck, which made headlines across the country, brought the dangers of serving as a railway mail clerk home to the nation. In the weeks following the wreck, newspapers and magazines produced a number of stories highlighting the lives and work of railway mail clerks. The Post Office Department emphasized the wreck in their continuing calls for railway companies to produce steel mail cars instead of wooden ones which provided little protection for clerks in collisions.

Investigators determined that the Toledo express crew was at fault. Their train was late and should not have started out for Kipton, knowing that the fast mail was approaching on the same line. The investigation centered on the engineer’s watches, one of which was possibly four minutes slow. A mere four minutes was the difference between life and death on the line.

The General Superintendent of the line in question, the Lake Shore and Michigan Southern Railroad, appointed Cleveland, Ohio jeweler Webster Ball to investigate time keeping issues on the line. Ball’s investigation resulted in the establishment of watch performance and inspection standards in 1893. 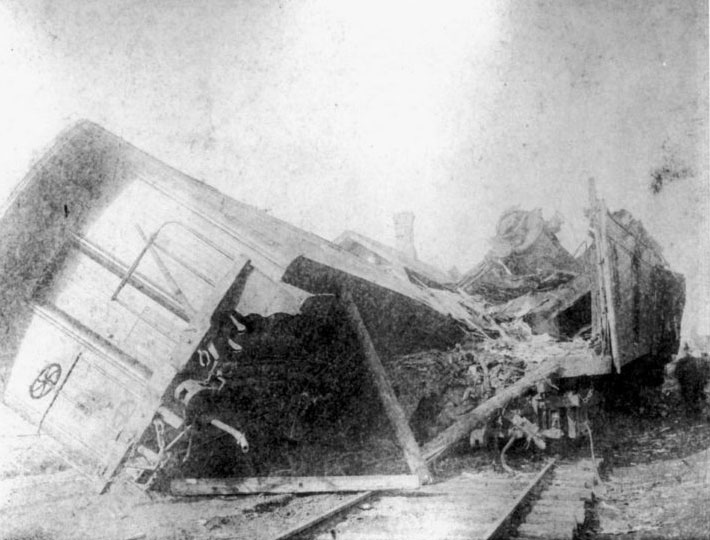 At Kipton, wooden mail cars offered little protection for the clerks working inside. 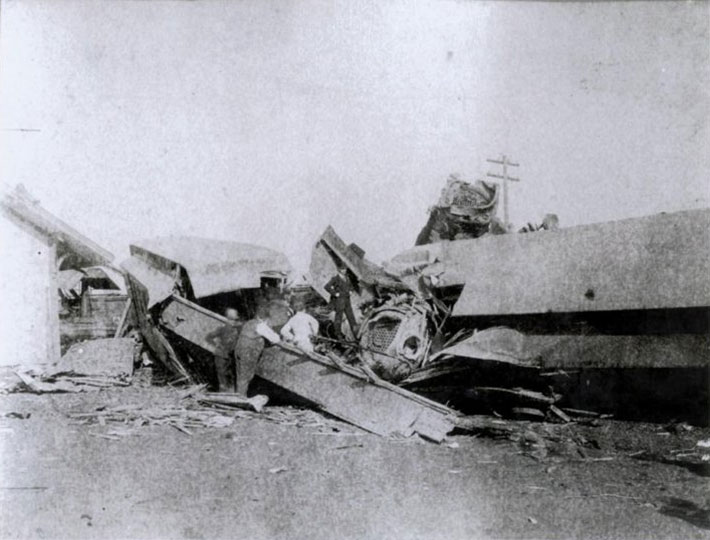 Remnants of train cars at Kipton following the collision. 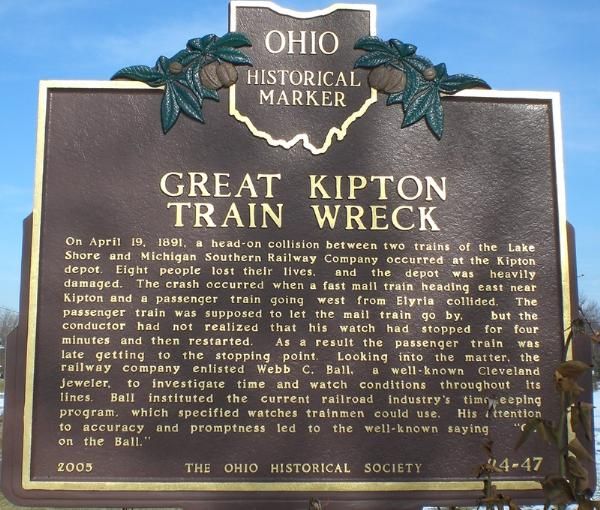 An historical marker at Kipton tells the story of the tragic wreck of 1891. 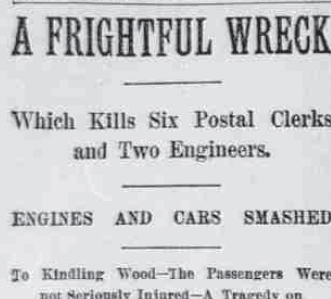 One of dozens of headline articles about the wreck.