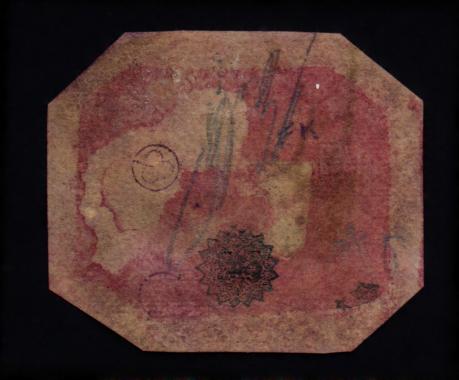 Multiple markings on the reverse of the stamp testify to its provenance, or ownership history. They are listed here in the order they were applied: