On view were 25 revenue stamps that identified imitation food products and paid for enforcement of new consumer laws. During the 19th century, imitation food products such as oleomargarine and filled cheese were sold at bargain prices as authentic farm products. A reform movement to regulate and tax these adulterated products began in the 1870s. Highlights of the exhibition include an 1871 imported cigar stamp, an 1872 imitation wine stamp, 1926 and 1931 oleomargarine stamps, a series of 1952 filled cheese stamps, and a manufacturer's annual special tax stamp used on mixed-grain flour. 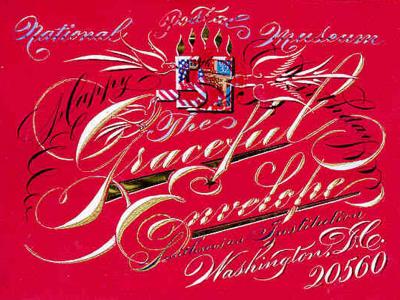 On view were 75 hand-crafted envelopes submitted by professional calligraphers from around the world, featuring a range of calligraphic methods and styles, to celebrate the Museum's 5th anniversary.

On view were more than 40 rare state, local, and tribal waterfowl stamps, part of the legacy of state and local conservation programs started to restore dwindling North American waterfowl populations. Most of these stamps were nonpictorial, unlike the colorful federal duck stamps. Highlights included the only known example of the 1938 Pymatuning Lake waterfowl stamp, issued by Ohio; a 1943 Marion County, Kansas, duck stamp; a mint sheet of the 1950 South Dakota waterfowl stamps; and a 1959 Rosebud Sioux Tribe gamebird stamp. The stamps were from the collection of David Torre. 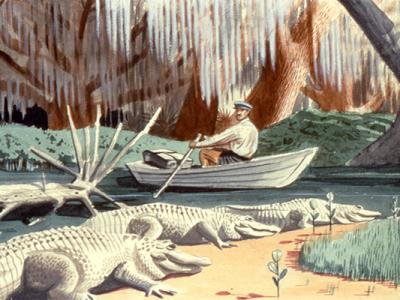 On view were 17 mural studies commissioned for U.S. Post Offices during the Great Depression as part of FDR's New Deal legislation. The goal was to give jobs to starving artists and to lift the spirits of struggling communities. The United States' entry into World War II marked the end of the post office mural projects.

A display of vintage photos explored the unique architectural style of federal post offices across America during the New Deal, known at the time as "starved classical." 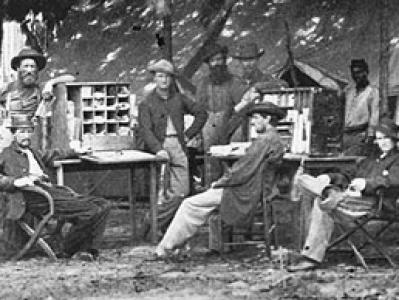 When the conflict between the north and south finally exploded into war, the nation's communication system was also ripped in two. The system instituted to unify the country through the dissemination of information was instead used to solidify the break.

Although the exhibit is not currently on display in the Museum, selected portions of the exhibit are still available online. 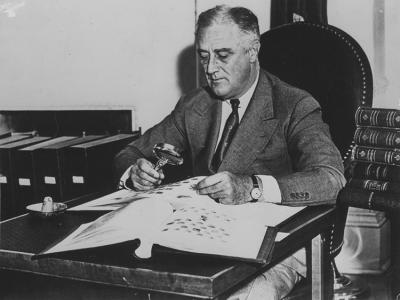 Some 500 stamps representing every state in Colombia and reflecting the country's history from 1859-1907 were on view. Stamps were donated by John V. Taylor of Villanova, Pennsylvania. 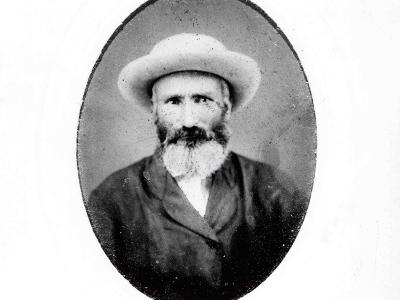 On view were letters from Lt. William McKean to his family in Arkansas that describe his experiences in the Mexican War (1847-1848).

Editorial cartoons and contemporary accounts were used to examine the events surrounding the 1971 Postal Reform Act, which transformed the Post Office Department, then a federal agency, into the United States Postal Service.

Commemorating the 150th anniversary of the first U.S. postage stamps, on view were the 5-cent and 10-cent federal stamps, original documents, covers from the stamps' early history, and die proofs.

On view were more than 100 U.S. and foreign stamps featuring portions of the world's geography, including oceans, countries, and states. 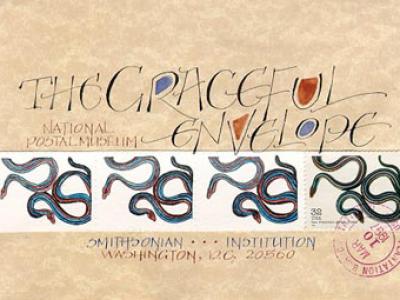 On view were hand-crafted envelopes submitted by professional calligraphers from around the world featuring a range of calligraphic methods and styles.

On view were commemorative and definitive stamps issued in the United States from1988 through 1996.

This exhibition explored interesting facts behind the creation of 6 individual stamps and includes the first Christmas stamp, the first stamp to show an airplane, a Belgian stamp that carried a detachable label warning not to use the stamp on Sundays, and an image of a ship that was used for 2 different stamps.

This small collection of letters, photos, and related objects examined the relationship between American immigrants and their families.

An Historic Collection from the French Revolution and Napoleonic Era
December 8, 1995 - May 15, 1997

On view were ten panels feature pre-stamp letters and historic documents that trace the French Revolution and the Age of Napoleon. The collection was assembled by the late Henry A. Meyer. 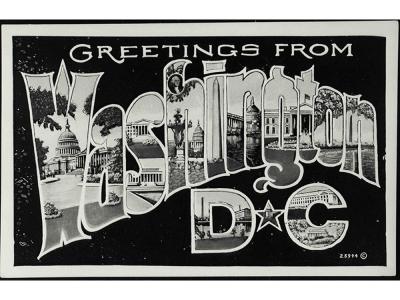 A display of 25 postcards taking a whimsical look at vacationing American-style in the 20th century. The postcards featured popular vacation destinations in America as well as some outlandish tourist spots.

Letters of a New Republic: The American Post from the Colonial Era to the Early National Period
November 24, 1996 - April 15, 1997

Mail covers illustrate mail carried in America by British and American Posts. Some of the covers were franked by important people of the day, among them George Washington. The British Parliamentary Posts in America operated from 1660 to 1783; the American Independent Posts operated from 1774 to 1800.

On view were commemorative and definitive stamps issued in the United States between 1977 and 1995. 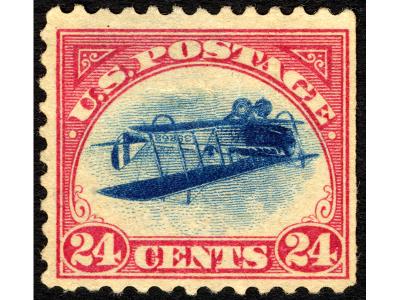 This exhibition reunited more than 20 of the 1918 Inverted Jenny stamps. One stamp was from the museum's collection; the rest were borrowed from collections around the nation.

This exhibition explored philatelic items that have been counterfeited, faked, or forged to defraud the Postal Service, to make money from unsuspecting collectors, to enhance the stamp's appearance and value, or simply to fill out an album page.