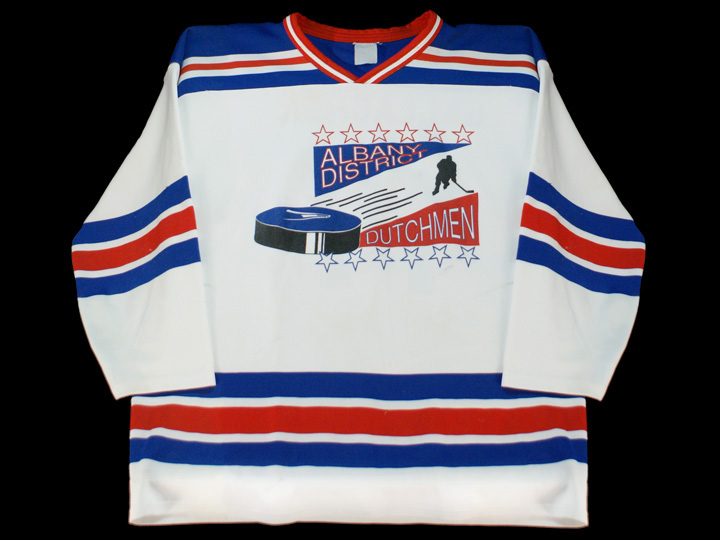 A hockey jersey from the Albany District Dutchmen; part of the National Postal Museum’s collection.

Ice hockey is another popular sport for postal employees. The International Postal Hockey Tournament began in a US- Canada competition in 1977; today the National Hockey Tournament promotes friendship through hockey as its main goal. The club incorporated in the mid 1980s and began collecting money for charities during the tournament. Throughout the 90s, US postal employee teams traveled to Canada to compete. In 1997 the tournament traveled to Marlborough, MA. In 2001, the tournament raised over one million dollars for the first time. The next tournament, the thirty-fifth, takes place in Ottawa, Ontario, in April 2011.(1) 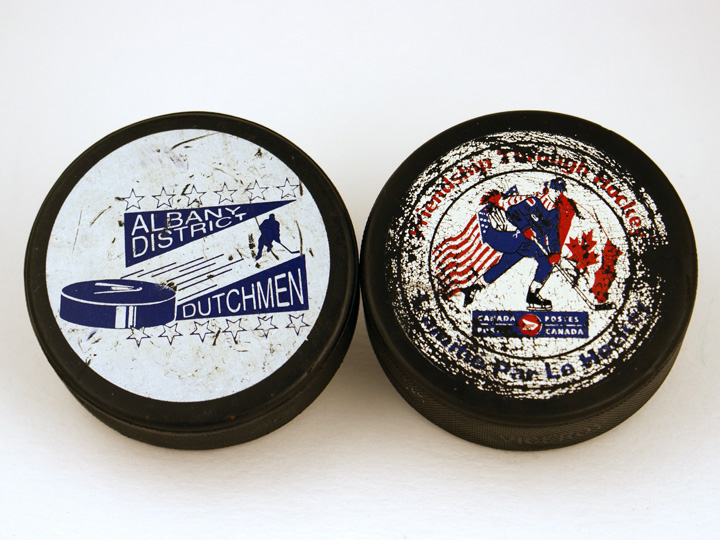 There are six divisions, separated by age. All players must be current or retired postal employees. The jerseys shown here are from the Albany District Dutchmen, one of the US teams that actually participated in the first tournament in the United States and in other tournaments from 1995 to the team’s disbandment in 2004. Ice hockey tournaments are great opportunities for postal workers to strengthen bonds with their team members and expand their communities to even another country.

‹ Bowling up Music ›
Back to Top